The state’s largest pension system covering state, police, fire and county employees is continuing to see a decline in funding attributed to a spike in retirements.

In a presentation to the Kentucky Retirement System (KRS) Board on Thursday, actuarial advisers explained the system is now at 12.9 percent funded compared to 13.6 percent in 2017.

While the governor and legislature have been paying the full amount needed for the systems in the state budget in recent years, a drop in the funding levels has been expected as many within the system have reached retirement age and there are fewer state workers, meaning fewer people paying into the system.

In presentations to the legislature and other groups in recent years, experts have predicted these factors would cause things within the pension system to “get worse before they get better” and have stated stabilizing KRS would likely take around 20-30 years. On Thursday, KRS Board Chairman David Harris stated the funding level could drop as low as 11 percent next year before rebounding and seeing a steadier funding level over the coming decades as long as future governors and legislatures continue with a commitment to fully fund the system.

KERS Non-Hazardous, often considered one of the worst funded pension plans in the country, is the main culprit of the low funding ratio. The graph to the left shows the growth the KERS Non-Hazardous plan is expected to experience in the coming years.

The numbers presented on Thursday represent where the system stands as of June 30. Advisors told the board the total unfunded liability of the system has increased from $23.14 billion earlier in the year to $23.6 billion as of June 30.

These numbers represent the status of only KRS and not the funding state of the Kentucky Teachers’ Retirement System (KTRS) to which legislative changes for future teachers were passed during the 2018 session.

More than $300,000 returned to Medicaid program from settlement with ResMed Corp. 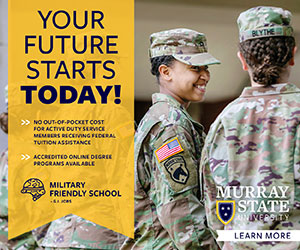 More than $300,000 returned to Medicaid program from settlement with ResMed Corp.