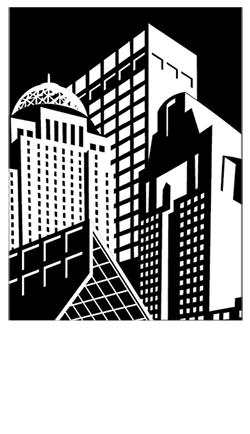 LOUISVILLE, Ky. — The International Downtown Association recently recognized the Louisville Downtown Partnership with a prestigious Pinnacle Award for the Alley Gallery Program and the Award of Excellence for the #IgoDowntown music video. LDP was the only Downtown organization to receive two awards at IDA’s annual conference in San Antonio, Texas.

“The Alley Gallery Program has been so well received by our Downtown community, and was clearly recognized for its innovation and impact by a panel that represents Downtown organizations around the globe,” said Rebecca Matheny, executive director of LDP.

Local artists are invited to submit existing work to be included in a dropbox catalog from which sponsors may choose pieces to be reproduced in vinyl and installed on their property’s doors. An interactive online map, with a link from the LDP website, will enable the public to tour the installations. Those interested can view/access the map at louisvilledowntown.org.

LDP’s #IgoDowntown music video also received an Award of Excellence in the marketing and communications category. The video, filmed at locations throughout the Downtown area, also includes special performances by CirqueLouis, Dance 360, The Louisville Leopards and Squallis Puppeteers, in addition to numerous cameos of other notable Louisvillians.

“This music video is our love letter to Downtown, celebrating what’s unique, exciting and vibrant about our city,” said Matheny.

The video was produced by Wil Heuser’s The LOUP Productions and exclusively features local talent. It was filmed by nationally renowned videographer Antonio Pantoja.