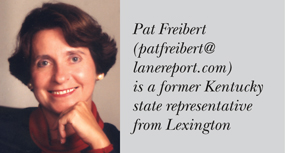 Last year, the federal government spent $169 billion on student loans, Pell Grants, tax credits and other federal assistance for college students. Recent graduates now face an economy on its knees and the worst joblessness since WWII.

A Bureau of Labor Statistics report on recent college graduates verifies 54 percent are either unemployed or underemployed. Among recent graduates with jobs, 323,000 work as restaurant servers; 115,000 as janitors; 83,000 as bartenders; 80,000 as heavy-duty truck drivers; and countless hairdressers, barbers, mail carriers, etc. These occupations do not need bachelor’s degrees nor the crushing debt incurred by the graduates.

Student loan debt now exceeds credit card debt in the United States. Vast numbers of students cannot realistically hope for jobs with enough income to repay the loans. And with current diminished family income, they cannot look for help from parents. Until recently, the government farmed out the servicing of these loans to the private financial industry. However, the present administration has established a complete government monopoly of the student loan industry. Since the private financial market already lends to college students on credit cards and car loans, there is no reason why they can’t make student educational loans.

In a recent speech, Dr. Richard Vedder, distinguished professor of economics at Ohio University, identified some pathologies of the federal student loan program and recommended some reforms. He questions the premise that everybody needs higher education for vocational success and emphasizes the disconnect between the labor market and college enrollment. Simply put, the country is turning out many more college graduates than there are jobs in technical, professional and managerial occupations. Another commonly accepted premise is that the loan program reduces costs for students, though there is little evidence for this premise.

“The federal government should get out of the student loan business,” Vedder said. He offers evidence that more and more students are going to college who lack the cognitive skills, discipline, academic preparation or the ambition to succeed academically. Many of these students do not graduate on time or at all. But they leave school deeply in debt for student loans anyway.

Vedder reviews the history of federal Pell Grants, which began as a program to help poor people with college costs. Today these grants have become more or less a middle class entitlement. This program, and other assistance programs, are justified by Washington officials as “helping kids.” Never mind that the median age of those holding loan obligations today is 33, and approximately 40 percent of this debt is held by people age 40 or older. These are not kids, in spite of that description by Washington officials.

Vedder recommends returning the loan program to the private market and tying performance incentives to the loans. He refers to the 1950s and 1960s before some of the programs were created or grew so large. At that time, enrollments were rising, lower-income student access was growing and American leadership in higher education was becoming well established. Although created with the noblest intentions, he believes the massive growth in federal spending and involvement in higher education has been counterproductive, and that re-thinking the free-wheeling approach to federal aid policies is a good place to start in addressing America’s economic crisis.

The American Dream has become an American Nightmare for all those recent college graduates facing record joblessness, crushing loan debt for decades to come and grim prospects for their futures. With principled leadership and an awareness of economic lessons from our history, America can recover. Absent that leadership, further economic collapse is a distinct possibility. Greece and several other European countries illustrate exactly what happens with profligate national spending, unsustainable debt and unwillingness to accept long-term change.

It is not a pretty picture when nations are in debt, go broke and fall under the influence and control of other powers hostile to our own laws and liberty. Liberty is such a precious commodity, not commonplace in so much of the world. God bless America and God preserve our liberty.

Pat Freibert is a former Kentucky state representative from Lexington. She can be reached at [email protected]

Truth is Essential in the News Business

Of, by and for the people

A culture of competitiveness