FRANKFORT, Ky. — In a sit-down interview with The Bottom Line Wednesday, House Speaker David Osborne discussed whether or not a new working group on pensions will result in reforms during the 2019 session, the House becoming involved in the election results of a close race, and key education issues already moving through the legislative process.

A new pension group was formed to look at the structure, cost, benefits, and funding of the state retirement systems after pension reform legislation passed during the 2018 General Assembly was overturned by the Kentucky Supreme Court in December and no agreement was reached during a special session.

The first meeting of the group on Tuesday saw a recap of information on the pension systems and a current snapshot of the status of those plans and allowed lawmakers to ask questions.

When asked about the goals of the new group and if he thinks their efforts will result in the passage of reform legislation during the 2019 session, Osborne said the working group serves as a “reset button” on the divisive pension issue and while he believes they will craft a plan, he believes the issue should not be rushed but he also doesn’t want to see it “hang over” the session and the legislature as it has in the past.

“We have to be reasonable. We have to understand the facts that surround this, and this remains one of the, if not the most, controversial and difficult and divisive issues that we will face. And I think to ignore those facts is leading us down the path of failure to begin with,” Osborne said. “So if we acknowledge those facts up front and say we understand that this is going to be controversial; we understand this is going to be difficult; we understand that this is going to cause a lot of strife, a lot of arguments, a lot of people are going to fall into and out of friendships over this, just like they have in the past. And, unless we acknowledge that those things are going to happen, you’re bound to end up with those things continuing to rip us apart.”

During the first week of session, the House began their work under unusual circumstances as they had to appoint a new group to help decide an election where a Democratic former Representative and a Republican incumbent saw their contest come down to one vote. (Learn more about that issue here.)

Osborne said while this is not a comfortable topic for anyone to tackle, he believes they are doing their constitutional duty and have followed the process in a way the House will know was conducted correctly and responsibly, regardless of the outcome (discussion at 4:00 in the video below).

On the Senate side during the first week, education bills took center stage with two of their priority bills passing on the floor before lawmakers adjourned for their three-week interim break.

The House Speaker said he believes his chamber will also take up those bills, dealing with tribunal reform and principal selection and site-based councils, when they are received after the break in February.

The new recently-appointed House Education Committee has many teachers serving on the committee. When asked if he believes that committee, with its current makeup, can pass education legislation that has been a priority of the GOP for many years as many educators have recently protested legislative actions, Osborne said he does feel those types of bills can get passed with the committee makeup.

Watch the full interview segment with House Speaker Osborne below: 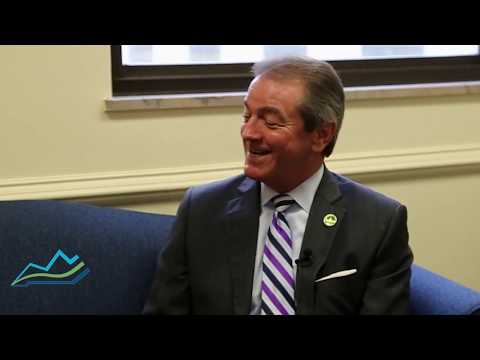 Visit The Bottom Line next week for part two of the exclusive sit down interview with House Speaker David Osborne where he discusses his priorities for the remainder of the 2019 session, the possibility of passage for increased infrastructure investment, and his thoughts on the governor’s race and what impact it will have on the legislative session.