LOUISVILLE, Ky. — University of Michigan researchers Kent Berridge and Terry Robinson have won the 2019 University of Louisville Grawemeyer Award for Psychology for explaining how our brains process “liking” versus “wanting” and how neural sensitization of the “wanting” system plays a key role in drug addiction.

“Liking” and “wanting” may sound like similar processes, but Berridge and Robinson found they are produced by different brain systems. “Wanting” is driven by large pathways in the brain that use the neurotransmitter dopamine, while “liking” is controlled in smaller, pleasure-generating hotspots that do not use dopamine.

The researchers proposed in their “Incentive-Sensitization Theory of Addiction” that the dopamine system in addicts’ brains becomes hypersensitive to drugs and drug cues, which can produce excessive “wanting” for drugs. This sensitization effect can last for years, making it harder for addicts to resist drugs even when they want to avoid them and get little pleasure from taking them. Learning how to safely reverse that process could lead to a more effective way to treat addiction, they concluded.

“Their idea has had a broad impact on how we understand drug addiction and other addictive compulsions such as gambling, binge eating and sex,” said Woody Petry, a University of Louisville psychology and brain sciences professor who directs the award. “Its scope also extends to brain disorders such as schizophrenia and depression.”

In 1993, when Berridge and Robinson first published their theory, it ran contrary to all thinking about pleasure systems in the brain. However, studies over the past 25 years have supported it, and their original paper on the subject has been cited in other publications more than 6,500 times, Petry said.

They both hold distinguished professorships in psychology and neuroscience at the University of Michigan. Together they received the 2016 Distinguished Scientific Contributions Award from the American Psychological Association. Both have been elected fellows of the American Association for the Advancement of Science and have received many other prestigious prizes.

The annual Grawemeyer Awards reward outstanding ideas in music, world order, psychology, education and religion. The winners, who receive a $100,000 prize, will visit Louisville in April to accept their awards and give free talks about their winning ideas. 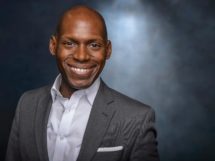 24% of Kentucky adults don’t use a regular doctor or clinic; 21% delay care due to cost
Paducah mayor and Ballard County judge-executive return from economic development trip to China