FRANKFORT, Ky. —  State Rep. John Sims, D-Flemingsburg, recently announced he will not run for re-election in 2020.

In an interview with The Bottom Line Tuesday, Sims discussed that decision, what he wants to accomplish during the remainder of his final term and the latest on an upcoming special session to deal with a pension issue.

Sims, who was elected in 2017, said he will serve out the remainder of his second term but wants to focus on his small business, a Dairy Queen in his hometown of Flemingsburg, and his family as he has three young daughters he would like to spend more time with.

Giving people in the district time to decide if they’d like to run was the driving factor for why he announced his choice, Sims said.

However, Sims did not rule out politics in the future and stated he might like to be county judge-executive down the road.

Legislators are expected to be called back to Frankfort in the coming weeks to pass a bill dealing with pension costs for regional universities and quasi-governmental agencies after Gov. Matt Bevin vetoed the legislation passed in 2019 citing technical errors made in drafting the bill.

The Bevin administration met with the House Democratic caucus on Monday to discuss the governor’s proposed solution to the pension issue. Sims said many lawmakers expected to be called back this week for the special session and is not sure what will come next on the issue.

When asked what he believes is the best solution to the persistent pension problems, Sims said it is very clear the state needs more revenue and stated he plans to file a bill next year to raise the sales tax by two cents in order to bring more funds to essential government services.

Watch the interview segment with Rep. Sims below to hear his remarks about not running for re-election, the pension special session, taxes and his feelings on the 2019 session: 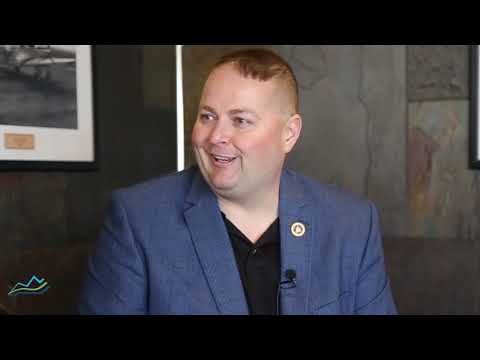