Home » Kentucky State among finalists for HBCU of the Year 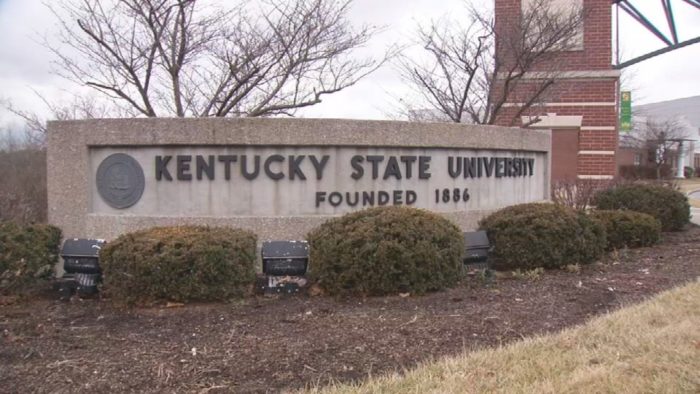 FRANKFORT, Ky. — Kentucky State University is among the finalists in several categories for the HBCU Digest 2019 HBCU Awards, including the category for HBCU of the year.

“Any success we achieve is due to cross-campus collaboration to advance the institution,” Kentucky State President M. Christopher Brown II said. “I’m honored to serve the Commonwealth of Kentucky and the students of Kentucky State. A special thank you is due to our students, employees, alumni, friends, and the Board of Regents for the great work THEY do for Kentucky State. Certainly, several of our difficult decisions over the last several months have unsettled traditionalists, but our University is better because we have committed to positive change. These awards speak to our commitment to continually move KSUForward.”

• Onward and Upward, the University’s magazine, is a finalist for best alumni publication.

• Brooke Wallace is a finalist for female athlete of the year, after her role in leading the Thorobrettes through a Cinderella-run to the Southern Intercollegiate Athletic Conference (SIAC) tournament championship.

• The Kentucky State University women’s basketball team is a finalist for women’s team of the year after a surprising performance in the SIAC tournament, which ended in thrilling fashion in the championship game.

• Madison Powell is a finalist for female student of the year. Powell was selected to represent Kentucky during the 2019 College Student Congress in Lexington and Washington, D.C. this summer.

• Kentucky State President M. Christopher Brown II is a finalist for male president of the year for his efforts in revitalizing the University. President Brown has increased enrollment, improved the University brand and reputation, promoted access and affordability and advocated for support on the state and federal level since his tenure began two years ago.

• Kentucky State University is a finalist for HBCU of the Year. The university has seen marked improvement on many levels during the last two years. In June, the University reduced non-resident tuition and announced it will distribute laptops to the fall freshman class.

The HBCU Awards are the first and only national awards ceremony honoring individual and institutional achievement at historically black colleges and universities throughout the country, according to a news release about the event. Winners are selected by a panel of previous winners, journalists, HBCU executives, students and alumni for the merit of accomplishment and for generating positive coverage for HBCU campus communities.

The 2019 HBCU Awards will be held at 7 p.m. Aug. 2 at the Reginald F. Lewis Museum of Maryland African American History and Culture in downtown Baltimore, Md.

New Release: Horse with No Name a chili-infused bourbon