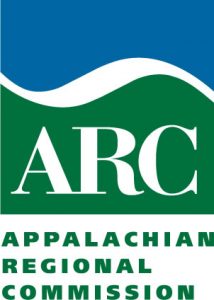 “Parts of the Appalachian Region face significant economic challenges compared to the rest of the country, and by releasing this data publicly in an accessible format, ARC is seeking to ensure awareness of these challenges, and to inform policymakers at all levels,” said ARC Federal Co-Chair Tim Thomas. “ARC and our state partners use this data to direct critical investments toward distressed areas, and I am pleased to see net improvements in many parts of the Region compared to previous years.”

To determine the economic status of each of the Region’s 420 counties, ARC applies a composite index formula drawing on the latest data available on per capita market income combined with the previous three-year average unemployment rate, and the previous five-year poverty rates.  With this data, each county is classified into one of the five economic designations.

Data tables, source methodology, and a link to an interactive mapping tool featuring the economic status of each Appalachian county is available at www.arc.gov/research/MapsofAppalachia.asp?MAP_ID=149.

ARC has been issuing index-based County Economic Status Designations on annual basis since 2007, primarily to help the Region’s 13 states develop economic investment strategies for the forthcoming year. In FY 2018, 279 projects totaling 64% of ARC investment dollars had a direct impact on distressed counties.  ARC is currently in FY 2019, which ends September, 30, 2019. ARC’s County Economic Status Designations for FY 2020 will be effective October 1, 2019–September 30, 2020 for investment purposes.

1.92 million people have received at least first dose of COVID-19 vaccine in Kentucky