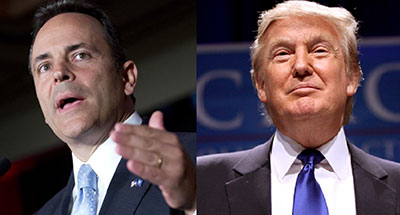 Bevin’s campaign announced on Monday that Trump will headline an Aug. 21 fundraiser for the governor.

“Governor Bevin is thankful for President Trump’s friendship and strong support,” Bevin campaign manager Davis Paine said in a news release. “The Trump-Bevin economy has created over 55,000 jobs, leading to the lowest unemployment in Kentucky history. The governor looks forward to furthering that partnership as they continue to work together to move Kentucky forward.”