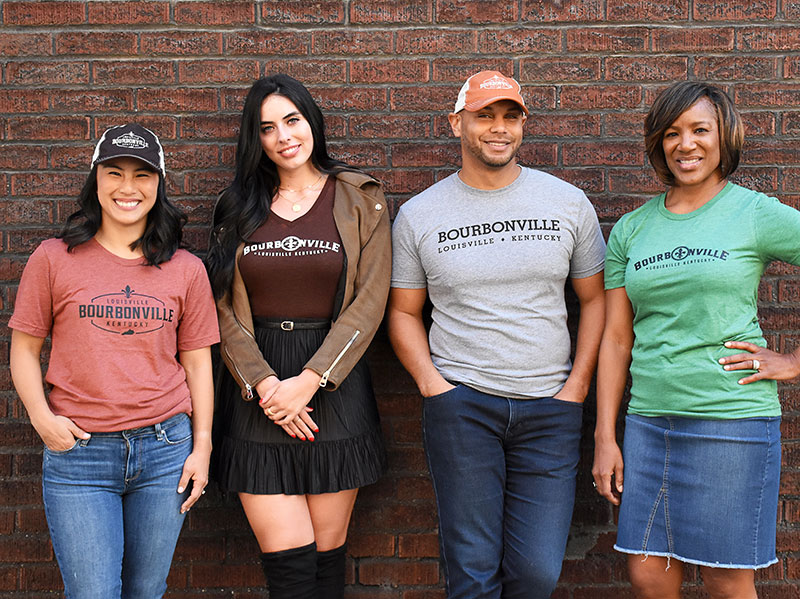 LOUISVILLE, Ky. — Bourbon and Louisville have come together to create BourbonVille, a new merchandise line inspired by the city’s bourbon scene. The Kentucky Derby Festival and its official licensee, 12/13 Apparel by Synergism, unveiled the new line Tuesday at BourbonVilleUSA.com.

“Like the Derby Festival, bourbon is part of our city’s history and tradition, and we wanted to help celebrate that,” said Matt Gibson, KDF president and CEO.

The new product line includes everything from T-shirts, hoodies and long-sleeve thermals, to ladies cut shirts, totes, hats, rocks glasses and more. The items are now available for purchase online.

“We believe Louisville is bourbon and bourbon is Louisville,” said Ari Schwartz, president, 12/13 Apparel by Synergism. “We’re excited to partner with the Derby Festival on this new venture and produce a product line inspired by our city’s ever-growing bourbon scene.”

12/13 Apparel by Synergism is a Louisville-based apparel company, producing wearables and promotional products since 1969. They’ve been the official licensee of the Kentucky Derby Festival since 2016.

The BourbonVille line is printed, embroidered and shipped locally from 12/13 Apparel’s Louisville warehouse. While available exclusively online now, it will be carried soon by local retailers.