By Brent Cooper
President & CEO of the NKY Chamber of Commerce

FORT MITCHELL, Ky. — Northern Kentucky is a critical part of the state of Kentucky. The nine county Northern Kentucky region represents nearly 500,000 people, a little more than 10% of the state of Kentucky’s population. We represent 20% of the state’s tourism. We have the largest airport in Kentucky and we are one of the fastest growing areas in the state. We are helping lead the way in healthcare, advanced manufacturing, logistics and distribution, technology, finance and construction. All of which are reflected in tax contributions to the state coffers.

So why is it that we are often overlooked and short changed?  Because we haven’t been engaging in the political process.

It is way past time for that to change.

We need our influence in Frankfort to become equal to our impact on Kentucky’s economy.

We need to accomplish both goals if our voice is to be heard.

Clearly, Northern Kentucky’s collective get out the vote efforts worked. We now know that when we promote the importance of voting, people will turn out in larger numbers.

Now, there is little doubt that the nature of the candidates and the heated race, as well as the efforts of the various political parties and interest groups, made a difference in increased voter turnout.

That said, at the NKY Chamber, we led a “Vote for NKY” campaign that didn’t focus on a particular party or interest, but instead focused on the value of voting for our region.

We encouraged businesses from around the region to send out voting reminders and to share the non-partisan voter’s guide that we created with employees and on social media.

We publicized the “Vote for NKY” effort through a social media campaign, (perhaps you saw it?) and worked with print, digital, TV and radio outlets to promote the importance of voting.

At the end of the day, voter turnout in the Northern Kentucky region increased by more than 13 points. By election standards, this was a staggering accomplishment. And while we were encouraged by the double-digit increases, we also recognize that we can, and must, do better in the future.

But voting is just the first step.

If we want to increase our influence in Frankfort, it is also critical that we “step up” when it comes to serving in Frankfort.

As the Kentucky General Assembly prepares for the upcoming session, Northern Kentucky needs to play an active role in advancing the policy agenda.

In order for that to happen, Northern Kentucky citizens need to be part of the governing process. As a region, we must strive to be engaged at all levels of government, including the 380 boards and commissions the governor appoints.

Do you know someone who would be interested in applying for a position? We need Northern Kentuckians to help move our economy forward.

It is time that Northern Kentucky’s voice is heard. That can only happen if we engage in the process and encourage our citizens to not only vote, but to raise their hands and say, “I’ll serve.” 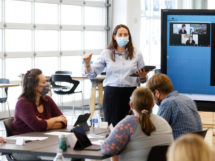 Kentucky housing market steadies in the month of September