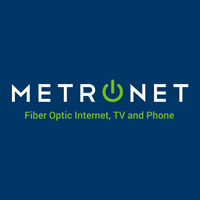 MetroNet Fiber Inc. announced Monday they have held a market by market leading position in the Netflix Internet Service Provider Speed Index in the past year, outperforming all other internet service providers in their service areas.

LEXINGTON, Ky. — MetroNet Fiber Inc. announced Monday they have held a market by market leading position in the Netflix Internet Service Provider Speed Index in the past year, outperforming all other internet service providers in their service areas.

The Netflix ISP Speed Index calculates average streaming speed per internet service provider each month. It measures the rate that individual devices stream Netflix content, categorizes the data by internet service provider, and lists the average rates in a ranking. For the past year, MetroNet has consistently ranked ahead of all of their in-market competitors.

“MetroNet customers enjoy some of the fastest internet speeds in the country while streaming their favorite content directly to their TVs, computers and mobile devices,” said MetroNet President John Cinelli. “More than ever, consumers rely on their internet connection to watch streamed on-demand content, like Netflix, and streamed live television. We’re proud to say we’re the highest quality option to do that in all of our markets.”

MetroNet announced a massive symmetric speed upgrade earlier this year, enabling their customers to upload as fast as they download. For example, customers who already have their 1 Gigabit (download)/250 (upload) megabits per second (Mbps) speeds were upgraded to symmetrical speeds of 1 Gigabit/1 Gigabit automatically. The most notable difference in service is faster uploading times for large data files, high-resolution photos, and videos.

“Strong and reliable internet access does not only increase our customers’ ability to stream content they enjoy; it optimizes their daily internet usage, increasing productivity and efficiency,” said Darrick Zucco, MetroNet general manager and vice president. “We are honored to be recognized as the best internet service option in the market.”

MetroNet, a 100% fiber optic company, headquartered in Evansville, Ind., provides communication services, including internet, fiber phone, and fiber IPTV. Starting in 2005 with one fiber optic network in Greencastle, Ind., it is now serving and constructing networks in over 80 communities across Indiana and Illinois. For more information visit www.MetroNetinc.com.