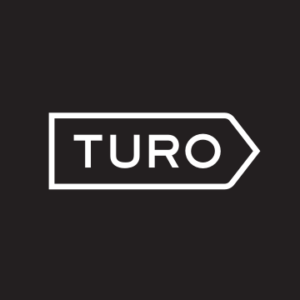 FRANKFORT – The debate on how to regulate the nation’s burgeoning car-sharing economy has reached the Kentucky General Assembly.

Officials from the nation’s largest car-rental company, a major auto insurer and a popular car-sharing upstart converged on the Capitol yesterday. They appeared before the Interim Joint Committee on Banking and Insurance to ask for legislation regulating computer applications that allow people to rent their cars to strangers.

Maryland, Colorado and Indiana have all passed car-sharing legislation in recent months, he said.

Dustin Brighton, of Turo, testified that the California-based company has registered more than 850 people willing to “share” their vehicle and another 34,000 willing to drive those vehicles — just in Kentucky.

“We are not a rental-car company,” Brighton said. “Turo itself is a platform connecting those who own cars with those who wish to use a car. We do not own inventory. We don’t buy cars, and we certainly don’t see ourselves doing that in the future.”

He said Turo partnered with Liberty Mutual Insurance to ensure everyone using the platform has proper insurance.

Allstate’s Lisa Pierce testified that the business model of Avail differed from Turo. Avail just targets areas with a high concentration of people such as airports and apartment complexes. She said the company is considering expanding to military bases and universities.

The Enterprise official, Luis Rizo, testified that while these peer-to-peer companies are providing a similar service to traditional rental-car companies, they are not currently collecting any taxes or paying any fees to the airports.

“Peer-to-peer rentals can increase the amount of time and number of vehicles on the road,” he said. “The renters of these private vehicles, therefore, should also contribute to the road fund the same as if they were renting a vehicle from an incumbent rental car company.

“Additionally, peer-to-peer companies that gain access to the vehicles from the owners that put their cars on the platform have paid no tax, yet they are profiting from that transaction.”

At the hearing, Sen. Reginald Thomas, D-Lexington, asked about the maintenance requirements of vehicles on the car-sharing platforms. Brighton said vehicles have to pass a 12-point inspection process to be allowed on the Turo platform.

Committee Co-chair Rep. Bart Rowland, R-Tompkinsville, helped develop the model legislation and added that it would address maintenance and recalls. “Those were some concerns Enterprise wanted in the bill because they are required to do those things too,” Rowland said.