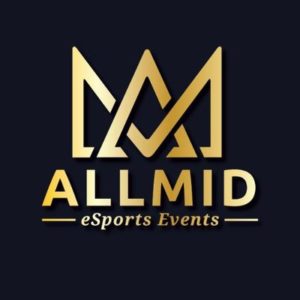 LOUISVILLE, Ky. — AllMid, an esports event producer, and the Louisville Sports Commission (LSC) have partnered to create the inaugural ACE Esports Championship that will take place April 18-19 on the University of Louisville campus. ACE is the first-of-its-kind, student-focused esports event ever held in the region where both collegiate and high school players will face off at a live esports competition.

“Our goal with this event is to bring together the collegiate and high school esports communities,” said AllMid CEO Niko Tsirlis, whose company will oversee game competition. “The event empowers students in the esports community by connecting them to industry opportunities and resources around a fun and competitive event experience.”

Students will compete in League of Legends, Super Smash Brothers Ultimate and Fortnite for sponsored prizing. The best collegiate and high school players will face off for ultimate student esports bragging rights and accomplishment in the community. The Fortnite tournament features up to 100 players at a time simultaneously playing in the same game to create a true battle royale experience. The event is open to student teams and individuals from throughout the U.S. and Canada.

“In Louisville, we are focused on growing our tech pipeline through our LouTechWorks initiative with new training programs, certificates and degrees, and by tapping into the growing passion for esports,” said Louisville Metro Mayor Greg Fischer. “We are excited that Louisville will host this esports event for college and high school students. Our team at Louisville Metro will continue to work with our secondary and higher education partners who have seen the educational value of creating their own esports teams and programs to attract and engage students.”

Registration for the inaugural ACE event, to be hosted by the University of Louisville and Jefferson County Public Schools (JCPS), opens today at www.allmid.gg. Spectating is free and open to the public, and the event will be broadcasted live on Twitch.

“The University of Louisville is excited to partner with JCPS to host the first large-scale esports competition in Louisville,” said UofL President Dr. Neeli Bendpudi. “We look forward to showing off our beautiful campus and sharing our hospitality with hundreds of competitors, their families and esports fans from throughout the region and beyond.”

“Jefferson County Public Schools is committed to increasing students’ technology skills and promoting an interest in technology careers,” said Christy Rogers, JCPS assistant superintendent for transition readiness. “The JCPS Office of IT3 and Transition Readiness Office are excited to partner with Louisville Sports Commission, AllMid and the University of Louisville to launch the ACE Esports Championship in Louisville. This is an excellent opportunity to expose students to a variety of career pathways, including Information Technology. This launch will create an engaging and competitive environment for students around the Louisville Metro area.”

AllMid was established in 2015 to engage grassroots and student esports communities throughout the Midwest and beyond by creating experiences that connect gamers.

“We have a long history of owning and operating successful sporting events and activities that provide high-end experiences for participants and fans,” said LSC President & CEO Karl Schmitt Jr. “We partnered with AllMid because of its proven track record and commitment to the player experience under the leadership of Niko Tsirlis.”