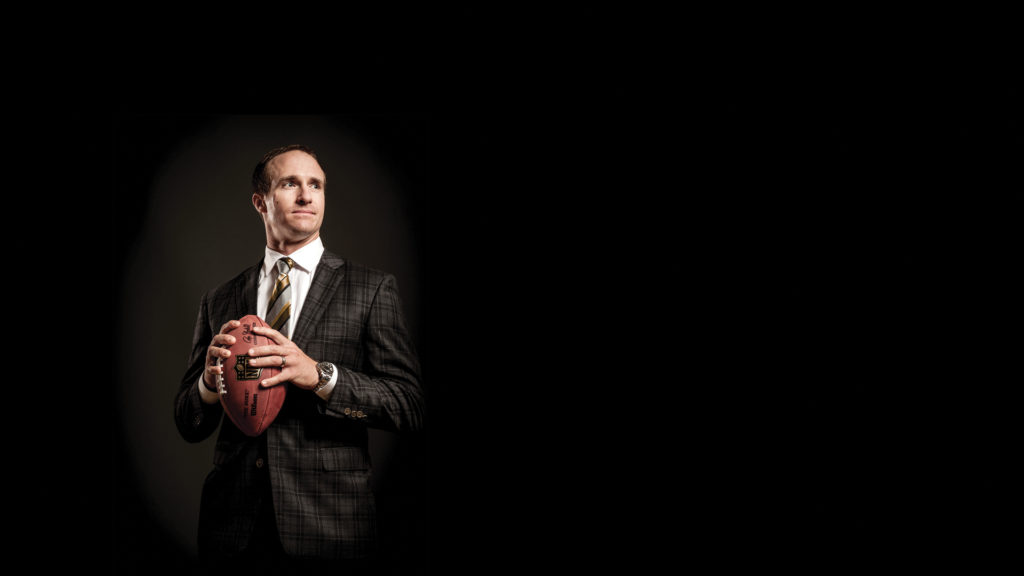 WILLIAMSBURG, Ky. — University of the Cumberlands has announced that Super Bowl champion and MVP Drew Brees as the keynote speaker for the University’s annual Excellence in Leadership Series event, sponsored by Forcht Group of Kentucky. The event will be held on Cumberlands’ campus on Tuesday, April 7, at 7 p.m. Community members are welcome to attend. Tickets are free and will be required upon entry. Community tickets may be reserved at ucumberlands.edu/tickets beginning March 2.

“Drew Brees has proven himself as a leader both on and off the field,” said Dr. Larry Cockrum, president of the University. “His accomplishments as an athlete and the character he has shown through his commitment to community service are inspirational. We are pleased to offer our students, and the community, the opportunity to hear what Brees has learned through his experiences. It is my hope that we may implement those lessons in leadership in our own daily lives.”

As much pride as Brees takes in his on-field performance, he takes even more pride in his community service endeavors. Brees and his wife, Brittany, established the Brees Dream Foundation in 2003 and since then have contributed over $33,000,000 to help improve the quality of life for cancer patients and provide care, education and opportunities for children and families in need. Brees has also proudly participated in five USO trips visiting Kuwait, Iraq, Afghanistan, Germany, Turkey, Djibouti, Dubai, Okinawa, and Guantanamo Bay.

Cumberlands’ annual lecture series is made possible by an endowment from local business owners Dr. Terry and Dr. Marion Forcht. Previous speakers at the Excellence in Leadership Series include Laila Ali, Terry Bradshaw, Shaquille O’Neal, and others.

Kentucky student-athletes allowed to profit from name, image and likeness

Kentucky seasonally adjusted unemployment rate down to 4.3% in December 2019
LG&E and KU to supply additional 100 megawatts of solar power