COVINGTON, Ky. — The Kentucky Department of Library and Archives is awarding the City of Covington $137,000 to begin digitizing records now stuffed in file cabinets and boxes stacked on rows and rows of metal shelves throughout the basement of City Hall. 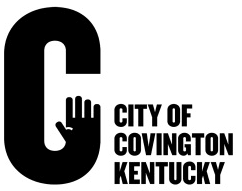 The goal?
To not only protect and preserve the records but also to organize them and make them more useable for city staff. While many of the files are old — some date back to the 1960s — they are also a resource, used every day by the city’s lawyers, tax staff, zoning administrators, code enforcement inspectors, and others.
“Digitization will make it a lot easier for everybody from our Neighborhood Services staff to our Board of Adjustment staff to find what they’re looking for without having to spend all day hunting around,” Clerk Maggie Nyhan said. “As it is now, we spend a lot of time searching for these types of records.”
The Kentucky Education and Workforce Development Cabinet announced the Local Records Program grants Wednesday.
Meganne Robinson, the city’s grant writer who worked with Nyhan to write the proposal for the grant, estimated that 1.4 million “images” — representing pages of documents — would be digitized with the grant.
“We applied with the thought that this would be just the first phase of this effort,” Robinson said. “We anticipate more applications down the road to complete more phases.”
The documents tackled first include those related to properties — code enforcement, zoning, historic preservation, permits, Urban Design and Review Board and Board of Adjustment decisions, and some pictures.
Robinson said files containing things like ordinances, resolutions, and board of commission meeting minutes are already well-organized and aren’t a component of this project.
The city issued invitations for bid (IFBs) last fall to begin the process of finding a company that would do the actual digitization.
City Manager David Johnston said the board of commissioners would be asked in the coming weeks to vote to accept the grant and its parameters and to award a contract.
“I appreciate not only the state’s decision to award Covington the grant for this important effort but also the collaborative work among Maggie, Meganne, and the department heads whose people use these records,” Johnston said. “We put together a good proposal – and kudos to the City Commission for making the decision to create the grant writer position a little over a year ago. It’s certainly paid off.”
Covington Mayor Joe Meyer, who attended an event with Gov. Andy Beshear earlier this week at which the city received a different grant — almost $82,000 for a neighborhood park redevelopment — said he was thrilled with the news.
“It’s been a good week for the city in this regard, with almost a quarter of a million dollars in state grants,” Meyer said.