FRANKFORT, Ky. — Legislation to strengthen the security of critical infrastructure across Kentucky was passed out of a Senate committee today.

The measure, known as House Bill 44, would build upon 2018 legislation designed to protect Kentucky’s “key infrastructure assets,” defined by the federal government as physical and cyber systems that are so vital that their incapacity or destruction would have a debilitating impact on residents’ physical and economic security.

A major provision of the 2018 legislation banned people from flying drones around chemical plants. HB 44 would follow 10 other states in expanding that protection to additional infrastructure assets. A second provision would define tampering with the assets as felony criminal mischief. And a third provision would create a liability clause for anyone who paid someone to tamper with those assets.

“Honestly, that is a very dangerous prospect,” Rusty Cress of the Kentucky Chemical Industry Council said of the prospects of people tampering with pipelines. “There are big concerns with that.” He made the statement while testifying before the Senate Natural Resources & Energy Committee in support of HB 44.

Rep. Jim Gooch Jr., R-Providence, who introduced HB 44, said the version before the Senate was amended to address concerns expressed about the original bill.

“The original bill that started in the House had some opposition,” said Gooch, who chairs the House Natural Resources & Energy Committee. “We definitely tried to … work through those. I think we have.”

The chair of the meeting, Sen. Brandon Smith, R-Hazard, recounted someone tampering with an oil tank on his relatives’ land when he was just 12.

“I wish something like this would have been in place then to slap stiffer penalties on somebody that thought that was funny,” Smith said, “because I want to ensure you, all these years later, I still remember the smell of it … the environmental damage.”

“As the only commercial drone pilot in the legislature … this is obviously on my radar,” Westerfield said. He then elaborated on concerns that a recreational drone pilot could inadvertently violate provisions of HB 44 if they didn’t know what a “cable television headend” is, or that it is considered a key infrastructure asset.

Sen. Robin L. Webb, D-Grayson, asked whether HB 44 would restrict the movement of owners of property crossed by pipelines.

“I want to make sure the landowner has adequate protection as they should in the utilization of their property,” Webb said.

FitzGerald said HB 44 would not restrict property owners’ rights. He added that provisions of HB 44 would only apply to aboveground pipelines because of concerns that the paths of underground pipelines are not necessarily obvious to the casual observer.

FitzGerald stressed that HB 44 had nothing to do with a pipeline project that has become “somewhat controversial” with Bernheim Forest supporters.

“This (HB 44) was never about that because it only deals with aboveground pipelines,” FitzGerald said.

Sen. John Schickel, R-Union, said he wanted to clarify that HB 44 would not enhance penalties. He said it would only clarify existing criminal mischief statutes. 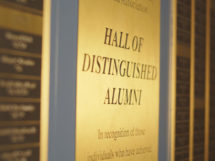