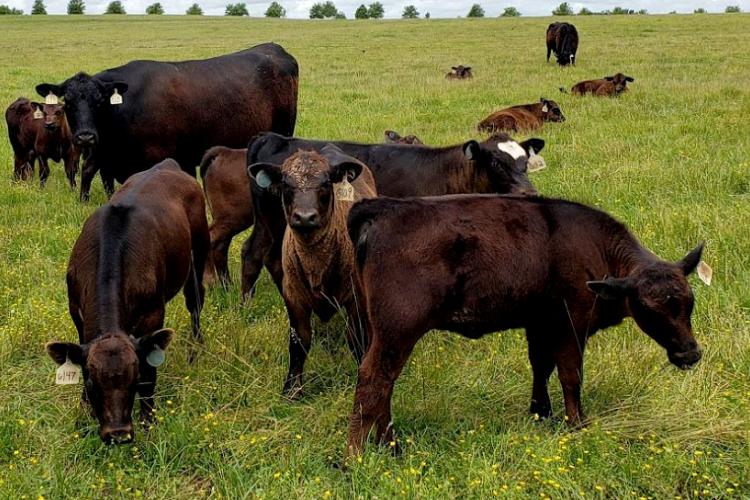 “Demand shocks like this usually have the largest impact on cattle that are close to harvest. For the most part, that is what we are seeing now,” said Kenny Burdine, agricultural economist for the University of Kentucky College of Agriculture, Food and Environment. “Fed cattle prices have dropped drastically, and it’s hard to give a current price because things are moving so fast. Feeder cattle futures have dropped quite a bit as well.”

Burdine said the CME March Feeder Cattle futures contract has fallen by nearly $25 per hundred from early March to the close on March 16 and may not be finished.

“This is a larger response than I would have expected for cattle that are six months from harvest, and it speaks to how long the market is expecting this to last,” he said. “On a positive note, I don’t think heavy feeders in Kentucky have dropped that much yet.”

Local calf prices didn’t respond until the second week of March, and Burdine said this is largely due to how far calves are from harvest and what looks like a promising early spring grazing season.

Plentiful rainfall and above-average temperatures are supporting Kentucky’s plentiful forage pastures, offsetting some of the negative impacts other parts of the country have seen.

For the short term, Burdine doesn’t expect much supply impact from COVID-19 and said it doesn’t impact current inventory or meat production.

“One of the problems we have is that this demand shock is hitting when production of all meats is relatively high,” he said. “There is absolutely potential for longer-term supply impacts when producers start to delay selling cattle due to the large and fast price drops we are now seeing.”

Cattle tend to stay on feed longer during volatile market times, and that leads to higher slaughter weights. Cow-calf producers and backgrounders tend to follow the same trend, and that creates a backlog of cattle. The longer the crisis persists, the more potential exists for supply issues.

As for demand, the market impacts come down to how long the shock lasts.

“Looking back to January and February, it appears the market was largely trying to price the impact from international demand, specifically how COVID-19’s impact in Asian countries would impact United States beef exports to those areas. Now in March, it looks like the markets have shifted their focus to demand here at home.”

Eighty-eight percent of U.S.-produced beef stays in the states. In the short run, this probably won’t impact how much beef Americans eat, but it may affect where they eat it. With restaurants shutting down dining rooms and moving to carryout and delivery-only options, more Americans will be eating at home.

“It’s hard to grasp the impact to the cattle markets of all the cancelled conferences, athletic events, international and domestic travel,” Burdine said. “These are all economic drivers and have many spillover implications to supportive industries like lodging, dining, travel and shopping. There’s just no way to list all of them.”

If conditions persist, consumers could potentially move towards cheaper meats, which makes beef vulnerable longer-term. Competition will affect all meats in the case.

“While there is a tendency for markets to overreact to things like this, COVID-19 is something new and different,” Burdine said. “There’s no real modern precedent to help us predict what will happen, but markets will stay volatile until this situation is under control.”