Preliminary data on the effect of the COVID-19 disease on the Chinese economy shows substantial dips in areas of retail sales and industrial production.

The National Bureau of Statistics of China released a report showing a 13.5% decline in industrial output over the first two months of the year. For retail sales, an even larger 20.5% decline was reported for the months of January and February, while a metric gauging construction activity saw a 24.5% decline in the country due to mass quarantines and social distancing measures taken to prevent the coronavirus spread.

Factories and business around China were locked down over the course of January and February to curtail the spread of the novel coronavirus. This method has shown success so far in stopping the spread, and has prompted governments around the world to follow China’s example and mass quarantine their citizens. Still, while the spread of COVID-19 appears to slow with such aggressive measures, the impact on China’s production and economy shows what may be in store for some countries as global markets continue to plummet. 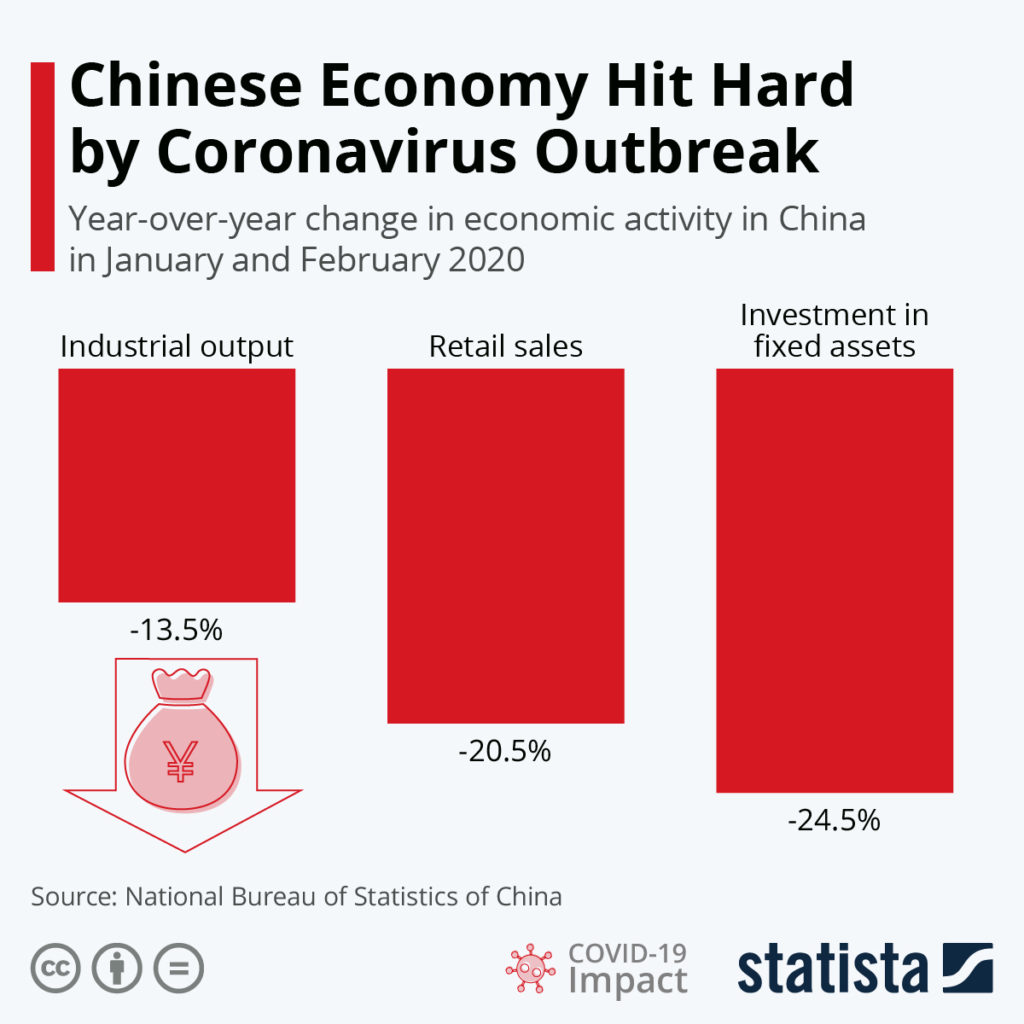