With a foreign record deal in hand and experience from multiple tours across the pond, Whitesburg-based musicians Kenny Miles, 30, and his brother Hayden, 25, now have their eyes set on using their success to foster an environment where other Appalachian-based artists can come to make their dreams of recording a reality.

The brothers’ musical journey first began to take flight in 2010, when the duo began performing under the name Wayne Graham, named after their two grandfathers, Wayne Miles and Graham Kincer. After a tumultuous few years of performing with a shuffling cast of characters, the band caught a break in 2015 when they played a show in Louisville with The Gentle Lurch, a German band who liked what they heard from the Eastern Kentucky brothers and connected them with K&F Records, a label based in Germany that specializes in CD and digital distribution.

Since then Wayne Graham has released two albums – 2018’s “Joy!” and 2019’s “Songs Only a Mother Could Love” – and rounded out their lineup with guitarist Lee Owen and bassist Chris Justice. They have toured throughout Germany and Europe multiple times, garnering a tidal wave of praise in the process including from Rolling Stone Germany, who named “Joy!” one of their top 50 albums of 2018.

However, with a new Wayne Graham album due out this fall, the Miles brothers – who like to think of themselves as the Cohen Brothers of music – are also turning their attention toward helping other artists in their community record their projects. This drive led the brothers to start Fat Baby Studios, where they’ve recorded most all of their own material in addition to welcoming Irvine’s Senora May, Paintsville’s Sean Whiting, Louisa’s Laid Back Country Picker and others into their home studio. According to Kenny Miles, he already is at work on more projects in 2020 than he was all of last year with artists like Castlewood, Virginia’s 49 Winchester, Wurtland’s Charlie Woods and Deep Hollow, and Paul Handelman, a Texas-based rancher who is a former Army Ranger.

With work at its peak, he has hopes of growing the operation to offer a high-end recording studio in a retreat-like setting on an affordable pay scale for artists native to Appalachia.

“I feel like the services we offer are valuable, but at the same time I don’t want cost to be a barrier in whether or not an artist will have any music of their own to sell at a show,” Miles said.

To help get Fact of Nature – the umbrella company encompassing Wayne Graham, Fat Baby Studios and the Miles’ other creative endeavors – a leg up, the artists began searching for help from grants, investors and business accelerators. Recalling one of his favorite bands, Australian psych rock collective King Gizzard and the Lizard Wizard, who in 2013 received a $50,000 grant at the 2013 Australian Independent Record Labels Association (AIR) Awards, Miles turned to fellow Eastern Kentucky musician Brett Ratliff for advice on where to seek financial help to accelerate his dream.

“I reached out to [Ratliff] because I knew he’d been looking for similar assistance with the Lexington Old-Time Music Gathering that he puts on,” said Miles. “Invest 606 was the first name that came up in our conversation. It’s refreshing to see a nonprofit like them funnelling resources to our business community to help it to become the best it can be.”

Founded in July 2019, Invest 606 is currently in the middle of the first cohort of its business accelerator, the first of its kind covering all of Eastern Kentucky. The accelerator was started by Geoff Marietta, an entrepreneur and businessman who moved to Eastern Kentucky in 2015 after stints in Minnesota and Massachusetts. Upon his arrival, Marietta immediately realized the area’s potential, leading him to begin searching for real estate in the area and connect with the region’s entrepreneurial community.

For the accelerator, Marietta has adopted the best of similar business resources he’s seen during his time near Boston. At the center of this is a points system requiring cohort members to accumulate 300 points during the six-month span of the accelerator by attending meetings with Invest 606’s network of collaborators, individual mentoring sessions, online courses and more, each hour of which earns finalists 25 points toward their goal. Invest 606 also requires its finalists to attend three events throughout the accelerator, including a kick-off event in October, a Demo Day in January and a final pitch in April.

“An investment into Eastern Kentucky is one of the best investments you can make,” said Marietta. “The area has a talented and passionate community of entrepreneurs and is severely undervalued in terms of investing, something we hope to change through Invest 606.”

Miles is one of 12 area entrepreneurs making up Invest 606’s first cohort, which is spread across nine business sectors that include organic farming, restaurant and event space, technology, workforce development, boutique retail and more. The cohort members, two-thirds of which are women, represent nine counties scattered across Eastern Kentucky with over $1 million in combined revenue and 60 combined employees.

“It’s so much more difficult to start a business and be successful in Eastern Kentucky than it is in Boston, San Francisco or New York,” said Marietta. “The barriers to get going are often insurmountable, so we should look at what businesses on the coast have access to and multiply it by 10. That’s the kind of business resources that Eastern Kentucky needs.” 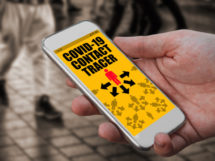 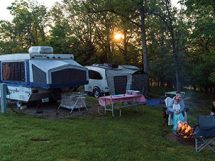 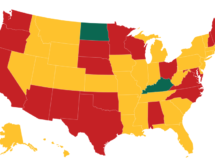