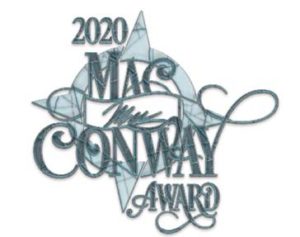 LEXINGTON, Ky. — For the second time in the last three years, Commerce Lexington Inc. is among the top economic development agencies in the nation, according to Site Selection magazine, which recently announced its Top 20 Investment Promotion Agencies in its May 2020 issue.

Organizations named to the list are presented with the Mac Conway Award for Excellence in Economic Development, which recognizes national/regional economic development offices that were the most successful in attracting capital investment projects in 2019.

“Locations throughout the U.S. and in every region of the world compete aggressively for direct investment at home and from abroad,” says Site Selection Editor in Chief Mark Arend. “Those appearing on these rankings have demonstrated with actual project numbers and other measures that they have the location attributes most in demand by capital investors.”

Named in honor of Site Selection founding publisher H. McKinley “Mac” Conway, this year’s award winners have been determined by an index that examines corporate facility investment projects in U.S. metro areas as tracked by Site Selection’s proprietary Conway Projects database. Scores are awarded based on six criteria: total projects, total investment associated with those projects, and jobs associated with those projects. The remaining three criteria represent a per capita calculation of those same metrics.

Commerce Lexington Inc. President and CEO Bob Quick said, “Under the leadership of Gina Greathouse and the hard work of her team, Commerce Lexington’s economic development efforts have received multiple accolades from national and international sources over the years. This award also recognizes the commitment of so many people and companies throughout our region that assist our business recruitment and retention efforts. For the top metro areas across the nation, collaboration is key, and Lexington’s success in economic development can be credited to a strong partnership between the City of Lexington, Commerce Lexington Inc., and the University of Kentucky.”

Find out more about the awards on-line here: https://siteselection.com/press/releases/200504.html.