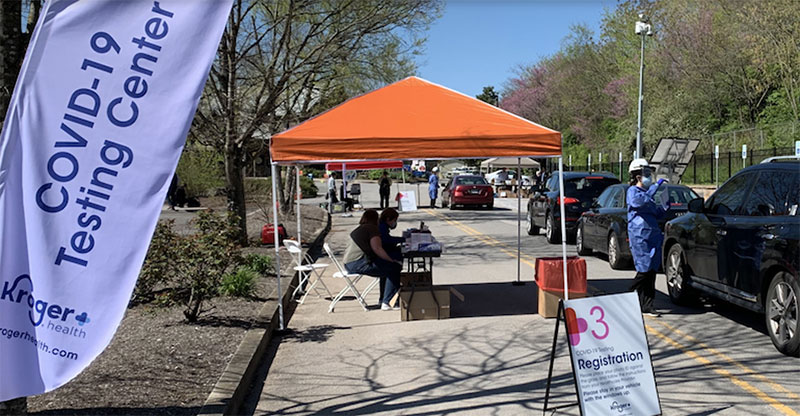 “Hopefully the Kentucky that we build as we come out of COVID-19 is one where we are more together,” the governor said. “All of us, as one community, as one Team Kentucky, are ready to take on the challenges of the future, but knowing that if we are more united and more connected, there is so much more that we can get done.”

Beshear and other administration officials also spoke Wednesday about expanded testing that will launch next week.

Case Information
As of 4 p.m. June 10, Beshear said there were at least 11,883 coronavirus cases in Kentucky, 191 of which were newly confirmed Wednesday.

“At this point, we have seen COVID cases in all but one Kentucky county. Robertson County is the only county that we don’t have a COVID case in,” the governor said. “It means the virus has no geographic boundaries and any place can become a hotspot.”

At least 3,375 Kentuckians have recovered from the virus. For additional information, including up-to-date lists of positive cases and deaths, as well as breakdowns of coronavirus infections by county, race and ethnicity, click here.

Testing expansion
Beshear on Wednesday announced that the state’s ongoing partnership with Kroger will bring expanded COVID-19 drive-through testing next week in several locations across the commonwealth.

“Testing is absolutely critical if we want to reopen safely,” the governor said.

Next week’s testing will include:

As of Wednesday, more than 302,000 coronavirus tests have been conducted on Kentuckians. Beshear said the state’s testing capacity is high and urged everyone to get tested.

Information on how to register at more than 180 sites throughout the commonwealth can be found at kycovid19.ky.gov.

“If you have been out in a demonstration or a march, pushing for a better, safer world, we would really encourage you to get tested,” Beshear added. “At just about all testing sites, it is completely free. This is just a good idea to make sure that you are completely safe and healthy.”

“One of my first acts as governor was reforming Kentucky’s Board of Education. I was wanting to ensure that we had a board that had vast education experience and was a board that would find a new commissioner through a national search so that we could get the very best, not just hiring one of the governor’s buddies,” the governor said. “Today, the federal court in the Eastern District of Kentucky ruled in our favor, saying it was a valid reorganization.

“The Senate confirmed all but one of the members even in a time when there were arguments about it. I thought that was a very bipartisan gesture led by Senator Stivers. It helped us move forward and I think that we are going to have some dynamite candidates (for education commissioner).”

The lawsuit was brought by former board members who claimed Beshear had violated federal law in his move.

Churches Reopen to 50% Capacity
Beginning Thursday, churches, synagogues, mosques and other houses of worship can begin hosting congregants at 50% of their pre-pandemic capacities.

Census update
Beshear reminded Kentuckians of the critical importance of filling out their U.S. Census forms.

Absentee Ballot Application Portal Online
Beshear is encouraging all voters to use a new Absentee Ballot Application Portal now available online. A link to the State Board of Elections’ portal can be found at govoteky.com. He urged everyone who plans to vote in the primary elections to go to the portal and request an absentee mail-in ballot. The deadline to request an absentee ballot is June 15.