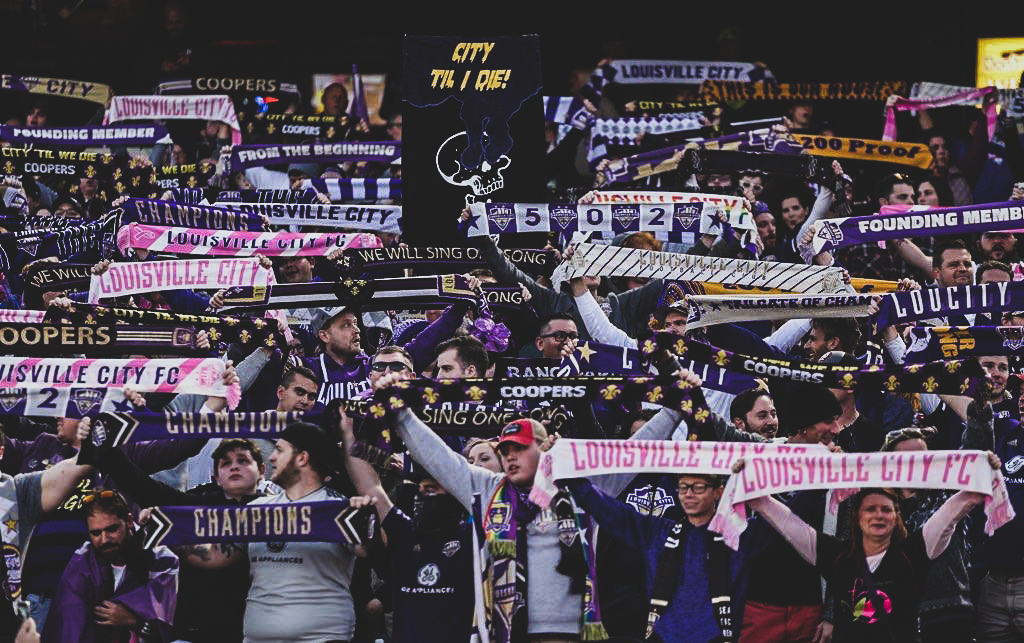 Kentucky Gov. Andy Beshear’s office has approved a plan allowing up to 50% capacity at Lynn Family Stadium, the new Butchertown neighborhood jewel that under normal circumstances could accommodate as many as 15,304 people.

Stadium operator ASM Global devised “VenueShield,” a national program created to instill confidence in those attending events amid the COVID-19 pandemic. Additionally, the facility’s food and beverage partner, Levy Restaurants, will have in place initiatives for safe concession operations.

“In what’s been a challenging year, we’re excited to be able to open our stadium in front of supporters who have been with us from the beginning,” said LouCity president Brad Estes. “I want to thank ASM Global for the work they put in developing the VenueShield program as well as the governor’s office for ensuring we’re able to do this in a safe manner.”

The USL Championship and the USL Players Association previously announced an agreement on a return to play this season, with clubs preparing to restart on July 11. A schedule and competition structure are pending.

LouCity’s ticket operations staff is working to reconfigure season ticket members’ seating locations to account for physical distancing and reduced capacity. Season ticket members will be contacted via email with details on how to redeem tickets to home matches. Should individual tickets become available, the club will make an announcement at a later date.

“We have waited a long time for the first match in Lynn Family Stadium,and we are excited that we will be able to have our biggest fans in attendance,” said Mitch Ried, LouCity’s vice president of sales and marketing.

Fans are asked not to attend LouCity matches if they have within the last 14 days been sick, experienced a fever or reside with anyone who exhibits symptoms of COVID-19.

• Trained staff will before matches clean and disinfect all areas — among them touch points such as handrails, seats and restrooms — in accordance with Centers for Disease Control and local guidelines.

• Anyone entering Lynn Family Stadium will undergo a temperature check. Those who register at 100.4 degrees or higher will be allowed 15 minutes in a cool-down area before a second screening. Those at or above the temperature threshold will not be admitted.

• Cloth face masks or or coverings will be required in Lynn Family Stadium. Additionally, fans can bring only clear bags. No backpacks or other bags are allowed. Standard security screenings and metal detection will continue.

• Markers and staff will be placed to enforce physical distancing from arrival to Lynn Family Stadium until exit.

• Non-contact hand sanitizer dispensers have been placed throughout the stadium.

• With gates opening 90 minutes before kickoff, ticket holders will be provided a suggested arrival time and entry point.

• All concession items will be delivered in an enclosed container or wrapped with plexiglass barriers at all points of sale. Cups will be served with lids and condiments will be packaged.

Failure to comply with protocols may result in individuals being removed from the venue and denied access in the future. Protocols may be adjusted without notice in accordance with guidelines from government and public health officials as well as the USL.

In its only outing so far this year, LouCity began 2020 with a 1-0 away win at North Carolina FC, prevailing after striker Cameron Lancaster’s 63rd-minute goal. The March 7 victory came the weekend before sports leagues around the world largely paused to prevent COVID-19’s spread.