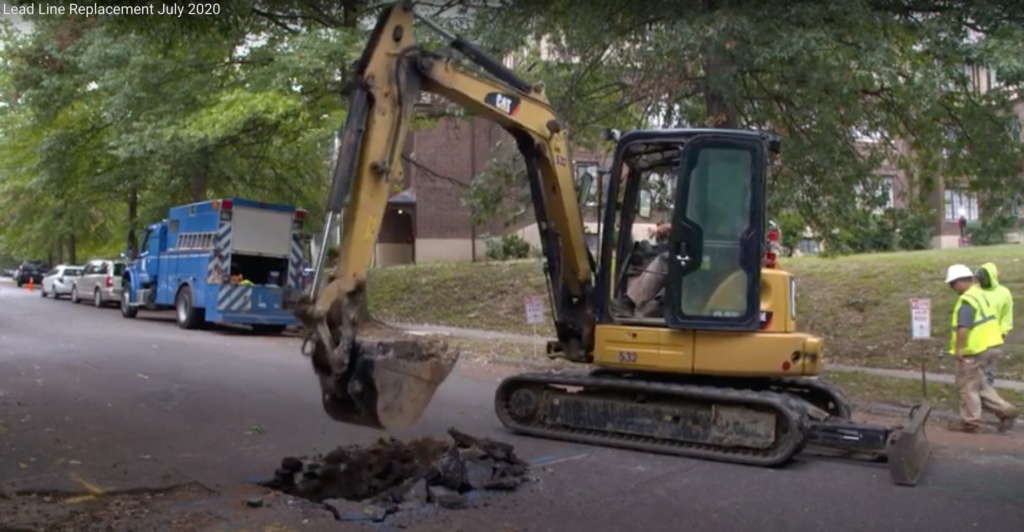 Louisville’s drinking water does not contain lead when it leaves the treatment plants. The risk for lead to get in the drinking water happens as the water travels through pipes and plumbing that contain lead. Louisville Water’s scientists balance the water chemistry to minimize the risk but eliminating the lead service line is important. There is no safe level of lead in drinking water, and lead can be especially harmful to children.

“This is a proud day for our community and our employees,” said Spencer Bruce, Louisville Water’s president & CEO.“The work to replace the lead service lines started with company leaders who preceded me. We accomplished this milestone while balancing dozens of important projects; it’s been a long road, but I’m proud to carry out the vision.”

Why use lead pipes? 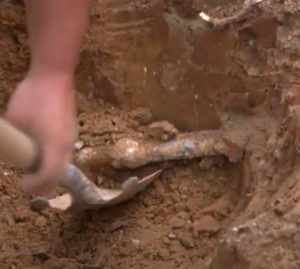 In the 1970s, Louisville Water began to replace a lead service line as they were discovered during routine work or water main breaks. Then, in the 1990s, the company began a focused approach to go block-by-block and replace the lead lines.

It took over 50 years and more than $50 million to remove the lines that were spread throughout Louisville Water’s service area, with the greatest concentration of lines in older neighborhoods that were established before the 1930s.

“This achievement by Louisville Water Company is a great example of how our city innovates,” said Louisville Mayor Greg Fischer. “Removing lead pipes from the city’s water system is something that only a handful of cities have accomplished and shows how Louisville Water distinguishes itself as a national best-in-class water utility.”

Customers are responsible for the water lines on their property and a small percentage have a lead line that goes into their home. Louisville Water encourages the full replacement of lead service lines so it is offering to help customers cover the costs. Louisville Water will pay up to 50 percent of the cost for a licensed plumber to replace a private outdoor lead service line, up to $1,500. For customers who need assistance with the remaining costs, the Louisville Water Foundation has funding for those who meet certain criteria.

“We know that there is no safe blood lead level for children,” said Dr. Sarah Moyer, Louisville’s chief health strategist and director of the Louisville Metro Department of Public Health and Wellness. “Even low levels of lead in blood have been shown to affect IQ, the ability to pay attention, and academic achievement. We are fortunate that lead in drinking water is not a public health concern in Louisville. I applaud our partners at Louisville Water Company for ensuring all water service lines are lead-free and taking the extra step to help customers remove their own lead service lines on their properties.”