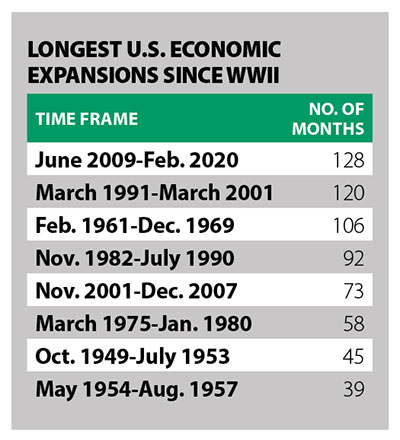 We knew it would eventually end. We just didn’t think it would end this way.

On June 8, 2020, the National Bureau of Economic Research (NBER), the semi-official chronicler of economic cycles in the United States, announced that February 2020 marked a peak in economic activity, signaling the end of the expansion that began in June 2009 and the beginning of a recession.

Acknowledging the fact that “the usual definition of a recession involves a decline in economic activity that lasts more than a few months,” the NBER concludes “that the unprecedented magnitude of the decline in employment and production, and its broad reach across the entire economy, warrants the designation of this episode as a recession, even if it turns out to be briefer than earlier contractions.”