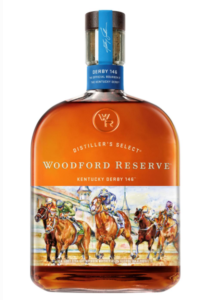 Woodford is among the oldest of Kentucky’s bourbon producers. Distillation activity on this site dates back to 1812. The current distillery is listed on the Registry of Historic Places.

This week, Woodford is releasing the 21st-bottling in this series to commemorate the 146th running of the Kentucky Derby. Woodford Reserve is both the official bourbon and the Presenting Sponsor of the Derby.

The Derby, this year, will be held on Saturday, September 5. The one-liter bottles of Woodford Reserve Distiller’s Select Bourbon are on sale across the United States at a retail price of $49.99.