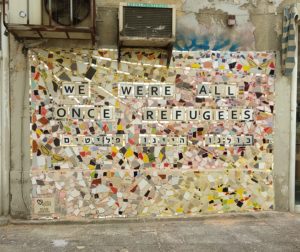 Frankfort, Ky. — Refugee resettlement in Kentucky has been significantly lower over the past 12 months than what was seen during the previous federal fiscal year. The number of refugees arriving in the Commonwealth has decreased by more than 50 percent according to the Warren County-based International Center of Kentucky.

The United States temporarily suspended resettlement programs in March due to the COVID-19 pandemic. The International Center of Kentucky based didn’t have any new arrivals from March until early August. This year, the center was only able to resettle 162 refugees during the federal fiscal year that ended on Sept. 30. Many of those refugees are from the Democratic Republic of Congo.

During the federal fiscal year that ended this time last year, 459 refugees were resettled in Bowling Green, and over 1,000 were resettled throughout Kentucky. Last year, the Commonwealth was the fifth-highest rate of refugee resettlement in the nation. This year, Kentucky is sixth.

Executive Director of the International Center, Albert Mbanfu, said he’s unsure if the decrease in refugee arrivals was caused by the pandemic or by Trump administration policy. He says it’s been difficult to plan and keep refugees informed because of the lack of guidelines from state and federal officials.

“They look up to be to give them an explanation, to give them a reason to hope, and I cannot. And I feel so frustrated in a situation like that,” Mbanfu said.

“I’ve been tormented in my life. I’ve lived horrible experiences,” said Mbanfu, a native of Cameroon.  “So, I understand where these people are coming from…. I really know…. what they are going through.”

During a quarterly meeting held digitally Wednesday, Mbanfu expressed his frustrations but said although the community is facing hardships, he is still hopeful for the fiscal year that begins Oct. 1.

He also said the center was told that refugee resettlement will continue in 2021 although the number of refugees coming into the country has not been determined, and it’s unclear what the Trump administration will do following the November election.

Mbanfu said next year, regardless of the outcome of the election, he’d like the federal government to be clear about the number of refugees that will arrive and increase the number that is allowed into the United States.