Home » Christian Appalachian Project (CAP) has selected Pizza Wholesale of Lexington/Hunt Brothers Pizza and the Elgin Children’s Foundation as its 2020 Champions of Appalachia. 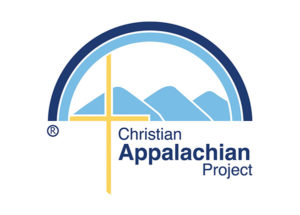 Lexington, Ky. — Christian Appalachian Project (CAP) has selected Pizza Wholesale of Lexington/Hunt Brothers Pizza and the Elgin Children’s Foundation as its 2020 Champions of Appalachia. The award recognizes individuals and organizations that have had a positive, long-term impact on the lives of people in Appalachia.

“Each year Christian Appalachian Project is honored to support and promote philanthropic work throughout Appalachia. We are excited to recognize others who have made an incredible difference for people in need in Appalachia,” said Guy Adams, CAP’s president/CEO. “These Champions of Appalachia work tirelessly to uplift children and their families.”

In 1976, Jim Hunt moved his family to Paris, Kentucky, and started Pizza Wholesale of Lexington, Inc. (PWL) with one man and one truck. This incredible success story, with his three brothers, has grown to more than 7,800 locations in 30 states. In 1995, Hunt became a donor of CAP helping through this philanthropic work to impact the lives of countless children and their families.

“My father was very moved by what Christian Appalachian Project is doing for the communities of Eastern Kentucky because God also brought him to Kentucky to start this business,” said Erin Hunt Ferguson, president/CEO of PWL, a founding distributor of Hunt Brothers® Pizza. “He was called to serve. We turn outward to be a blessing to really help the people God calls us to help. It is important to us that when we grow that we also help others grow. That is part of our purpose. This award is an honor. We look forward to continuing to support the efforts of CAP in the community.”

The sixth annual event also recognized Elgin Children’s Foundation, the first honoree based outside of Central Kentucky. Since its inception, the foundation has helped more than 35,000 disadvantaged children in Kentucky, Tennessee, and Virginia receives dental treatment that otherwise their families could not afford. In 2013, they stepped forward to meet the educational needs of children in their service area with reading and literacy comprehension programs. Elgin also actively supports child advocacy programs and Bible Release Time in their service area in Appalachia.

“The Elgin Children’s Foundation was started by the Thompson family. They had a heart for Christian ministry in Appalachia,” said Wm Paul Phillips, general counsel. “We are so pleased with the work you do and so honored that you thought of us in this way.”

Since the 1960s, Appalachia has a higher poverty rate and a higher percentage of working poor than the rest of the nation. In 1999, roughly a quarter of the counties in the region qualified as “distressed,” the worst status ranking by the Appalachian Regional Commission. One out of every three Appalachians suffers from poverty. Organizations like the Christian Appalachian Project, Hunt Brothers® Pizza, and Elgin Children’s Foundation strive to uplift people in need in these areas. Champions of Appalachia recognizes the long-term commitment to increasing positive outcomes for families.

The Champions of Appalachia award was developed six years ago by the Christian Appalachian Project to honor other organizations or individuals making a significant impact in Appalachia. Historically, the recipient of the award is nominated by a third-party committee made up of Central Appalachian organizations, individuals, and previous award recipients. Last year, we added a second award to honor a CAP donor that has made a significant impact in Central Appalachia through CAP’s mission.

The annual event is underwritten by NetGain Technologies, a leading provider of Information Technology services and solutions since 1984. Netgain’s sponsorship supports CAP’s mission to build hope, transform lives, and share Christ’s love through service in Appalachia.

Employer-led consortium will offer high-quality, affordable training to local businesses
KHA report: Up to 28 Kentucky hospitals at risk of closing