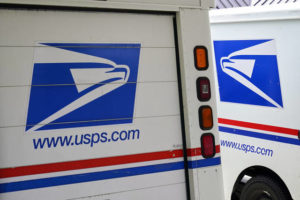 LOUISVILLE, Ky. — A U.S. postal worker in Kentucky has been fired and could face charges after attempting to dump more than 100 absentee ballots, according to local news outlets.

The United States Postal Service Office of Inspector General said the unidentified postal worker is “no longer employed” after the ballots were found amid a pile of discarded mail in a dumpster on Thursday. The worker was not identified.

“The case has been accepted for federal prosecution by the U.S. Attorney’s Office,” Special Agent Scott Balfour wrote in a statement. “They will determine what charges are appropriate after a review of all the facts in the case.”

A person found a pile of discarded mail that included 112 absentee ballots and two political advertisements. The ballots were supposed to be sent to the Jeffersontown, Ky., area.

The ballots were returned to the Postal Service and delivered to customers on Thursday.

A New Jersey man was arrested earlier this month for allegedly discarding 1,875 pieces of mail, including 99 general election ballots. Nicholas Beauchene was charged with one count of delay, secretion, or detention of mail and one count of obstruction of mail. He faces a maximum penalty of five years in prison and a $250,000 fine for the delay charge and up to six months in prison and a $6,000 fine for obstruction.