LOUSIVILLE, Ky — Did you know there are 10 statues that sit on the iconic Louisville Water Tower? On Tues., Oct. 27, Louisville Water will remove Mercury, Neptune, Flora, and the rest of the statues for repair work. 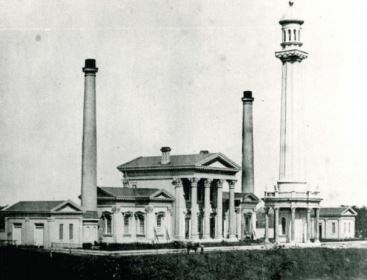 Crews will use a large crane to carefully remove the statues and ready them for transport to the Washington, D.C. office of EverGreene Architectural Arts, who will restore the statues. Louisville firm K. Norman Barry Associates Architects is coordinating the project for Louisville Water.

Louisville Water added the statues to the water tower in the early 1900s. The last time the statues were repaired was in 1990 and removing them in 2020 is the start of a restoration project for the entire tower. Though no longer operational for today’s water production, the Louisville Water Tower was built in 1860 for the original waterworks. The tower is the oldest standing ornamental water tower in the United States, and, along with Pumping Station No. 1, is a National Historic Landmark.