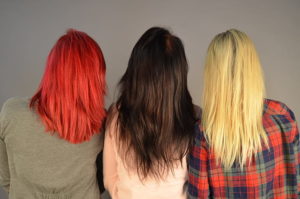 COVINGTON, Ky. — The City of Covington laid down another marker Tuesday night as it continues to lead Kentucky in creating a welcoming, inclusive environment in which to live, work, and visit.
In the same year that Covington became the first Kentucky city to ban the dangerous practice of so-called “conversion therapy” for LGBTQ youth, the city is now the first city to adopt protection from discrimination related to hair texture and hairstyles commonly associated with a particular race or natural origin.
The Board of Commissioners voted 5-0 to add the provisions of The CROWN Act – an acronym that stands for “Creating a Respectful and Open World for Natural Hair” – into the City’s Human Rights Ordinance.
The provision forbids race-based hair discrimination that denies employment or educational opportunities because of hair texture, hairstyles, and protective hair coverings.
Commissioner Michelle Williams, who proposed the protection, celebrated its anticipated passage by wearing her hair “natural,” meaning tight curls instead of straightening it.
“I showed up today with my naturally curly hair, just like I promised I would. I’ve put myself out there, on the line here,” she said, laughing.
“Ever since I’ve been in politics, I’ve felt I’ve had to wear my hair straight – that’s the whole ‘fitting in’ pressure,” Williams said. “Culturally, there are all kinds of different types of hairstyles and coverings, but people tend not to accept cultural differences when it comes to hairstyles.”
Commissioner Tim Downing said the expanded protections would continue to place Covington on the vanguard of inclusivity.
“We have a unique ability to recognize that the differences that make up our city are one of our strengths,” Downing said. “This will continue to attract people to our city.”
In October 2019, Cincinnati became one of only a handful of cities in the country to adopt the provisions of the CROWN Act, the signature piece of the national CROWN Coalition campaign co-founded by Dove beauty products.