The best way to determine the true impact of the novel coronavirus in Kentucky would be to do random testing of the population, instead of the current approach that only gathers test information from people who choose to get tested, according to a paper commissioned by the Institute for the Study of Free Enterprise at the University of Kentucky.

“To accurately track the spread of the infection requires random testing of the population, with samples that represent people by age, gender, ethnicity, and place,” write the authors. They are Kenneth Troske, the Richard W. and Janis H. Furst Endowed Chair of Economics at UK, and Paul Coomes, emeritus professor of economics at University of Louisville.

They also call for a statewide program that samples wastewater in communities, as has been done in Jefferson County and several Kentucky universities. “This method can detect the presence of the virus in a population, even as small as a dormitory or nursing facility,” they write.

UPDATE: Gov. Andy Beshear reported a record 2,700 new cases of the novel coronavirus Wednesday, beating the old one set six days before by 16 percent. That brought the state’s seven-day rolling average of new cases to 2,075, 152 more than it was Tuesday, an increase of 8%.

The Co-Immunity Project, a collaboration among U of L, the Louisville Healthcare CEO Council and three Louisville health systems, uses both random and wastewater testing to find the true extent of the pandemic in Louisville and see who may have had the virus previously. The project is entering its third round of community testing.

“True prevalence lets us know what resources and policies are needed to support keeping the community healthy,” said Rachel Keith, an assistant professor of environmental health at U of L and a researcher on the study. “More informed decisions can be made on what is safe in the community, if the hospitals need to plan for a surge, if testing sites need more supplies, and other important factors that support keeping Kentucky healthy.”

While the virus has been most dangerous for people over 65, the societal effects, including shutting down schools and businesses, have been hardest on those under 65.

Keith said the partners have discussed the possibility of doing random testing “throughout the state” but “for now, there are no studies scheduled.”

In June, Aruni Bhatnagar, director of UofL’s Christina Lee Brown Envirome Institute, explained why random testing is important to show the true extent of the virus in a community.

“Much like a well-designed political poll, we have to be careful to ensure that the test results from a group of people mirror that of the larger population,” Bhatnagar said. “Only this can give us a real picture of who has the virus, and who has had the virus.”

Troske and Coomes say using model-based estimates that adjust for “the number of people being tested, the demographic characteristics of who is being tested, hospitalization rates, death rates, data on mobility, as well as the known biases in the reported data” would be a better way to determine the extent of the pandemic.

They note that at the end of September, the state had confirmed about 66,000 cases, while model-based estimates and data from the Centers for Disease Control and Prevention indicate that the actual number was over 200,000.

They also point out that while the virus has been most dangerous for people over 65, the societal effects, including shutting down schools and businesses, have been hardest on those under 65.

“Given the enormous costs the disease is imposing on Kentuckians,” they write, “it seems worth making the relatively small investments in collecting better data that could help save additional lives.”

They argue that the best way forward would be to obtain better data, while using reliable data already available, like death rates by age, “to better direct efforts and resources at fighting the virus so we can protect the elderly and other vulnerable populations, while keeping schools and businesses open.”

Businesses are open, but at limited capacities. Schools are open in most districts, but many have stuck with or returned to remote instruction because of high case numbers in their counties.

Troske and Coomes are not alone in their thinking. In an opinion piece, Wall Street Journal editorial-board member Holman W. Jenkins Jr. points to a list of studies that show infection rates far exceed official case counts, and calls on the news media to report it, to show that the mortality rate from the virus is not as great as the confirmed case numbers indicate.

“It would suggest the death risk for any individual is flu-like,” Jenkins writes. “The bigger numbers might suggest we are grappling with a natural phenomenon over which we exercise little control.”

That said, Jenkins acknowledges, “Hospitals face a COVID challenge two or three times bigger than their annual flu challenge simply because so many more of us are susceptible.”

Keeping hospitals from filling up has been a primary goal of the emergency measures implemented by Gov. Andy Beshear and governors of other states.

Health Commissioner Steven Stack declined to comment on the Troske-Coomes analysis, but he has frequently disputed comparisons of COVID-19 and the flu, noting that the novel virus has long-term effects that are not fully understood yet.

Stack, a physician, has been grilled multiple times by Republican legislators in committee meetings over how the state collects and uses coronavirus data, and has acknowledged that the data is “imperfect” but “incredibly valuable.” He says that because the state is consistent in how it collects and reports the data, the seven-day rolling average of confirmed case numbers is a “very useful and accurate measure.”

In August, a CDC report lauded the monitoring system Kentucky officials use to guide their decisions and said the user-friendly system could help guide other states in their efforts. 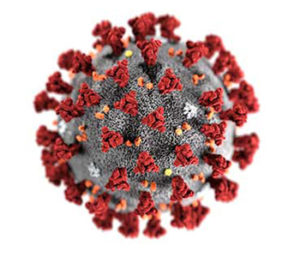 The system monitors five primary indicators: new coronavirus cases, deaths from COVID-19, health-care capacity, contact-tracing capacity and syndromic surveillance, which allows the state to track symptoms before a COVID-19 diagnosis is confirmed. It was implemented on May 19.

At this point, all of those metrics are heading in the wrong direction, but Beshear has not imposed additional restrictions, saying they are only as effective as the willingness of people to obey them, and he pleads daily for people to wear masks and practice social distancing.

Obedience of those measures would be more effective than screening test, like those that have been used in the White House, says an analysis by a partnership between the Brookings Institution and the University of Southern California Schaeffer Center for Health Policy & Economics.

The center’s paper explores the pitfalls of mass-testing asymptomatic people for the virus and concludes that it is not the best way to achieve public health goals, and could actually do harm.

“To effectively reduce the spread of COVID-19 we need wide-spread adoption of simple, cheap, collective public health policies: mask wearing, hand washing, and physical distancing (especially inside),” the authors write. “High-frequency testing of asymptomatic populations may result in laxness practicing such key behaviors by engendering a false sense of security and paradoxically burden clinical laboratories and contact-tracing efforts,” because of false-positive and false-negative results.

Kentucky Health News is an independent news service of the Institute for Rural Journalism and Community Issues, based in the School of Journalism and Media at the University of Kentucky, with support from the Foundation for a Healthy Kentucky.