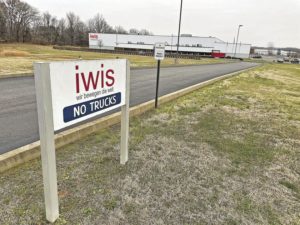 FRANKFORT, Ky. — iwis-Daido LLC, a new joint venture between iwis engine systems LLC and Daido Corp. of America, is expected to add 37 well-paying jobs in Murray with a $2.7 million investment for the production of high-quality automotive engine chains.

The Murray facility was originally opened by iwis in 2015 as the company’s first U.S. operation for the production of timing drive systems for engines. The new investment in tandem with Daido Corp. will add more than 10,000 square feet of space to produce automotive engine chains for major automobile manufacturers. The joint venture will relocate Daido Corp. automotive operations from Portland, Tennessee, expand sales channels, add to the existing customer base and create cost advantages by leveraging the strengths of both companies. Leaders at iwis-Daido expect the expansion to be completed by the end of 2022.

Formed in 1916 in Germany, iwis is a family-owned company that began as a manufacturer of bicycle chains and added production of automotive timing chains in 1954. The company has grown to become a global producer of automotive and industrial chains with more than 2,000 employees across 45 locations worldwide.

Headquartered in Portland, Tennessee, Daido Corp. has supplied high-quality precision roller chains for the North American industrial and agricultural markets since 1951, as well as chain drive products. The company is a subsidiary of Japan-based Daido Kogyo Co. Ltd., which was established in 1933 and has more than 2,000 employees worldwide.

To encourage the investment and job growth in the community, the Kentucky Economic Development Finance Authority (KEDFA) on Thursday preliminarily approved a 10-year incentive agreement with the company under the Kentucky Business Investment program. The performance-based agreement can provide up to $370,000 in tax incentives based on the company’s investment of $2.7 million and annual targets of: