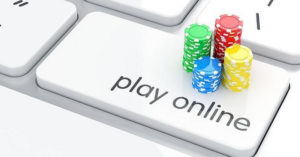 In 2008, J. Michael Brown, then-Secretary of the Justice and Public Safety Cabinet under Gov. Steve Beshear who now serves as Gov. Andy Beshear’s executive cabinet secretary, brought actions on behalf of the commonwealth in Franklin Circuit Court seeking to stop the unregulated, untaxed and illegal offshore gambling operations that were operating in Kentucky. From 2007 to 2011, PokerStars, the largest offshore illegal gambling operator, collected almost $300 million in actual cash losses from thousands of Kentuckians who played on PokerStars websites. Under longstanding Kentucky law, the commonwealth brought an action against PokerStars seeking recovery of the $300 million lost by its citizens, and as required by Kentucky law, trebled damages. Today, the Supreme Court of Kentucky affirmed that judgment, which was rendered in December 2015.

Once the Kentucky Supreme Court’s opinion is final, the commonwealth will take aggressive steps to collect the judgment for the benefit of all Kentuckians.

As a majority of the Kentucky Supreme Court said today:

“The Commonwealth’s recovery, in this case, is certainly not a windfall, as the Court of Appeals seems to assume; rather, it is recoupment of some portion of the countless dollars the criminal syndicate has cost Kentucky collectively and Kentuckians individually. The Commonwealth of Kentucky suffered financial losses along with the tragic damage to its citizens. Mental and physical healthcare systems that care for the citizens harmed by illegal gambling are supported in part by the state. Money sent to offshore gambling accounts is lost and the state deprived of the taxes to which it is entitled. The cost to prosecute and incarcerate individuals who resort to crime to support their gambling is a huge cost on Kentucky’s strained and overextended penal system. The Commonwealth of Kentucky has losses due to PokerStars’ illegal internet gambling criminal syndicate. The amount recovered in this case may not cover the actual cost suffered by the Commonwealth of Kentucky.”