Home » GM changes logo and transitions to a new campaign 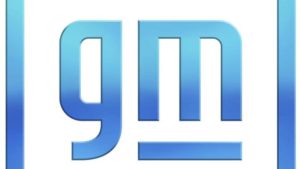 DETROIT, Mich. — General Motors has changed its corporate logo and has launched a new marketing campaign to change its image as a clean vehicle company.  This is in direct contrast to the companies reputation as a builder of gas-powered pickups and SUVs.

The GM logo of a square blue logo will be replaced by a lower case gm surrounded by rounded corners. This is the biggest change to the logo since 1964. The ‘m’ in the logo is underlined to look more like an electrical plug to promote transition.

The campaign of “Everyone In” prepares buyers for a new era of vehicle propulsion. It will start in the United States but eventually will become global. It will not be in brand ads for all vehicles.

By 2025 the automaker has promised to roll out 30 new battery-powered vehicles and they estimate spending $27 billion on the rollout.