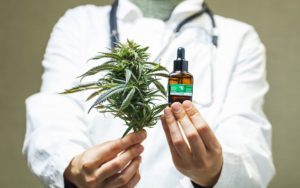 FRANKFORT, Ky.  — A Senate bill to legalize the use of medical cannabis in Kentucky has been filed.

Senate Bill 92 would make the recommendation of medical marijuana use by a practitioner, as well as the acquisition, cultivation, blending, delivery, distribution, manufacturing, manipulation, packaging for sale, preparation, possession, sale, testing, transportation, and transfer of it, legal.

Patients receiving medical cannabis would be issued a card stating they are allowed to do so at the recommendation of a physician. Kentucky Sen. Steve West filed the bill.

House Bill 136 which would also legalize the use was filed in early January. Newly-elected State Rep. William Lawrence has signed on as a co-sponsor for the house bill.