FRANKFORT, Ky. — The Kentucky General Assembly has passed legislation that makes it a crime to intentionally cause significant damage to a rental property.

Senate Bill 11 was sponsored by Sen. John Schickel, R-Union, and carried in the House by Rep. Ed Massey, R-Hebron. Both legislators are also from Boone County. It also was championed by Boone County Commissioner Jesse Brewer.

The House approved the bill March 5 by a vote of 75-17. The Senate unanimously passed the bill Thursday. It now heads to Gov. Andy Beshear for his signature, after which it will become law.

Brewer has testified in favor of the bill during the past two legislative sessions of the Kentucky General Assembly. 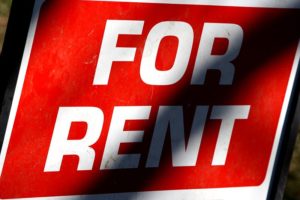 “This legislation is pro-property rights by allowing property owners to have a tool in their selection process that identifies persons with a past track record of destroying rental housing while the property owner is left defenseless due to eviction laws and moratoriums against them,” Brewer said.

“This will also allow small business owners — which is what most landlords are — to not only protect their investment but also allocate more money back into their investments thus improving values and the overall housing stock here in Kentucky,” he said. “With improved values come improved services that the entire community rely on and utilize.”

Senate Bill 11 makes intentional damage totaling more than $1,000 a class D felony, which could result in a prison term of one to five years.

Although criminal mischief law currently addresses rental property damage to a degree, the legislation will give property owners the opportunity to seek restitution.

Brewer said he has spoken with multiple property owners who have endured a wide variety of intentional damage to their property, including tearing cabinets off of walls, plugging drains, leaving the water running, smearing human feces on ceilings, pouring concrete in drains and more.

“I’m hoping Senate Bill 11will become another tool in the prosecutor’s tool belt,” he said. “It gives prosecutors something in the statute concerning rental properties they can sink their teeth into.”

Schickel, who filed a similar bill in the 2020 session, said in a recent speech on the Senate floor that  many landlords are small business owners who, like others in business, have suffered financially during the COVID-19 crisis.

“I think this bill is even more important this year than last year because so many landlords in our commonwealth are struggling,” Schickel said, in reference to a similar bill passed out of the Senate last session. “Most landlords are very small business people.”

“It’s not for things like nail holes or common wear and tear,” Massey said on the House floor. “This is for circumstances where premises have been left with food in refrigerators that were unplugged, holes punched into walls, feces on the floor and all kinds of bizarre scenarios that cost these rental property owners thousands upon thousands of dollars to repair.”