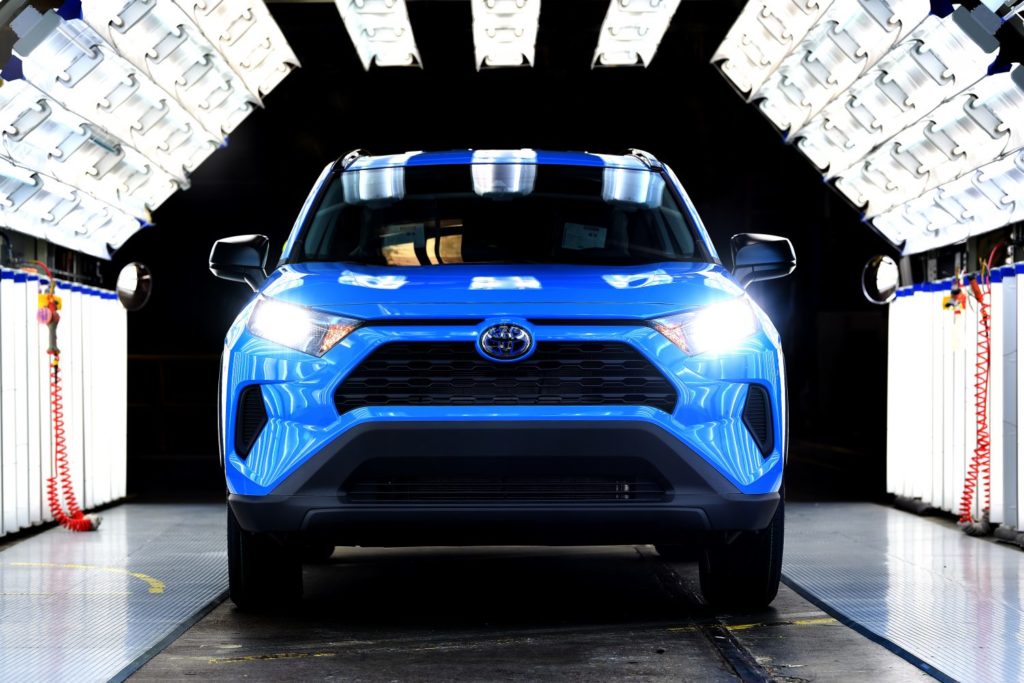 GEORGETOWN, Ky. — A very special RAV4 Hybrid rolled off the line at Toyota’s largest plant worldwide in Georgetown, Ky., earlier this month. What is so unique about it? Its striking exterior finish or its finely tuned hybrid powertrain capable of thrilling performance and efficiency? Yes. But the bestselling SUV also marked the 13th millionth vehicle assembled at Toyota Motor Manufacturing Kentucky (TMMK) since production started in 1988.

TMMK, best known for producing the Camry and Avalon, began production of the RAV4 Hybrid in January 2020 as the result of multiple investments by Toyota, totaling over $1.5 billion since 2017. These investments were part of a larger commitment by the company to invest over $13 billion in its North American manufacturing operations from 2017 to 2021. That goal was reached a year early while creating over 6,500 jobs.

The 1,300-acre Georgetown campus, Toyota’s first plant in North America, represents an $8 billion investment and employs over 10,000 Kentuckians. It is also home to a powertrain facility on track to reach its own milestone this year, producing its 13 millionth engine.

Toyota Kentucky is proud to recognize both milestones with a $1.3 million commitment to furthering STEM education and workforce development programs across the commonwealth. Funds will be utilized to engage diverse and under-resourced youth by exposing them to great manufacturing career opportunities. A few of the grant recipients include:

2021 is a year full of milestones for the automaker. In February, the company celebrated its 30 millionth North American produced vehicle – a Toyota Sienna produced at its Princeton, Ind., plant. Later this year, Toyota Kentucky will celebrate its 35th anniversary and the production of its 10 millionth Camry.