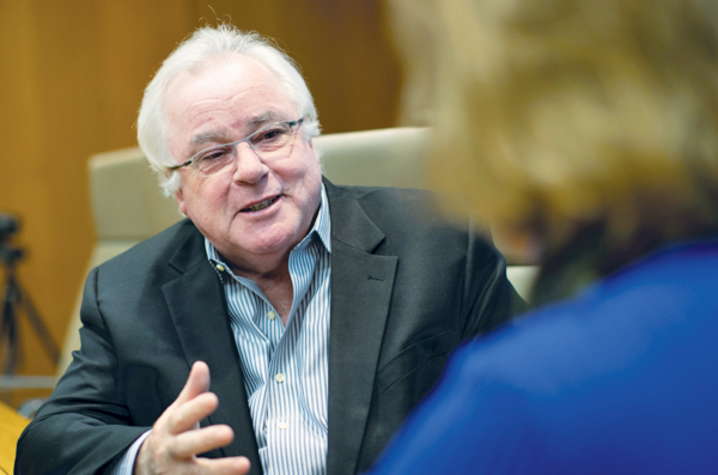 LEXINGTON, Ky. — Simon J. Sheather, dean of the Gatton College of Business and Economics at the University of Kentucky, has been named as the first holder of the Truist Chair in Data Analytics.

The inaugural chair in the Department of Finance is part of a $2.5 million endowment established in 2019 by Truist Financial Corporation through its Truist Charitable Fund, a donor-advised fund at The Winston-Salem Foundation.

In July 2018, Sheather became the eighth dean of Gatton College. Under his guidance, the college has added a real-time, online MBA option and a popular new minor in business analytics, which produced its first graduates in 2020.

Prior to joining Gatton College, Sheather served as professor and interim director of Texas A&M University’s Institute of Data Science, as well as academic director of the M.S. in Analytics and Online Programs in the Department of Statistics. While at Texas A&M, he started two professional master’s programs, both of which make innovative use of technology.

Additionally, Sheather is a fellow of the American Statistical Association and has received awards for excellence in teaching at two different institutions.