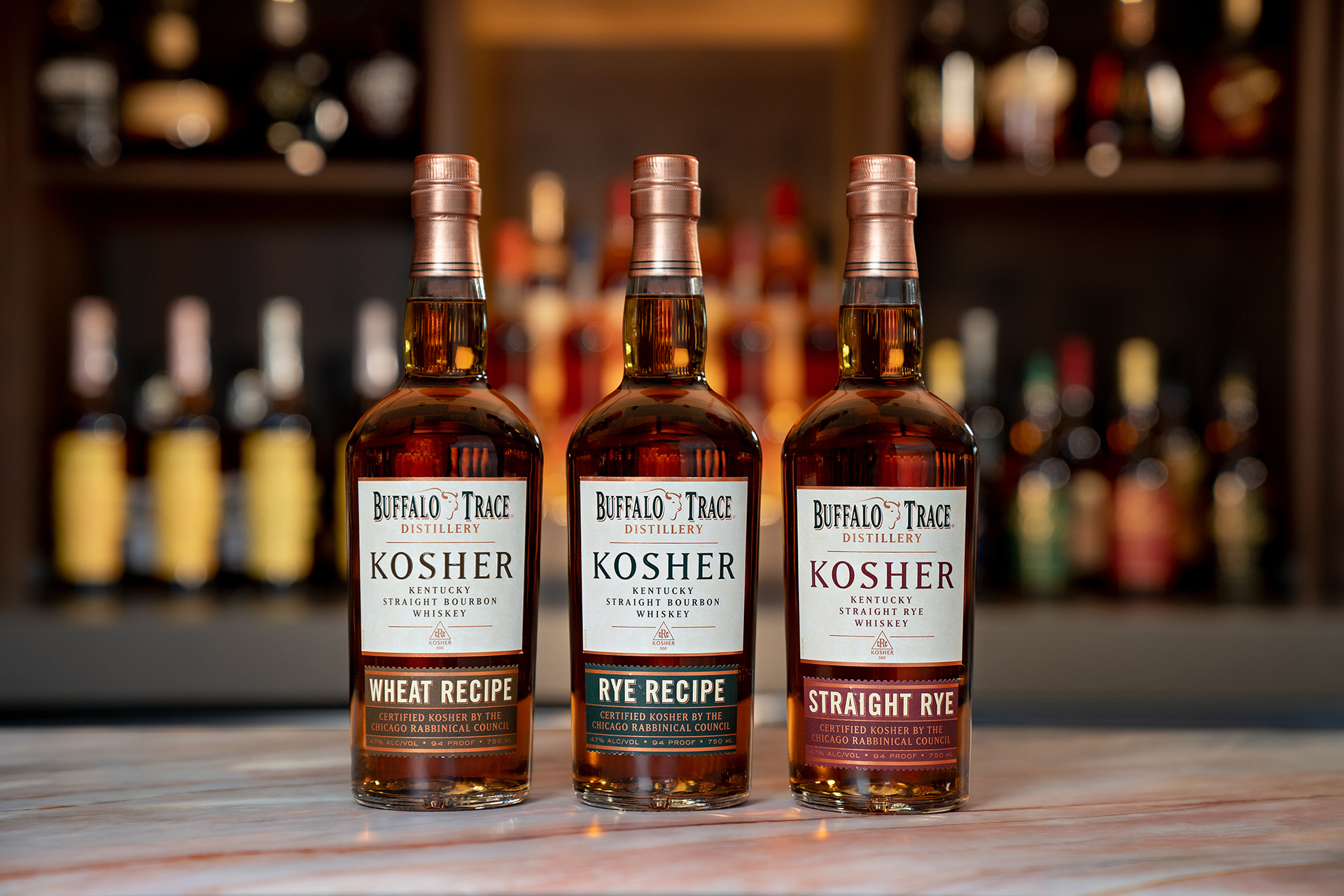 FRANKFORT, Ky. — Buffalo Trace Distillery is releasing its annual supply of Kosher Whiskey, which will arrive at retail in May.

First introduced in 2020, Buffalo Trace Distillery began working with the Chicago Rabbinical Council (cRc-Kosher) in 2010 to release what it believes to be the first authentic Kosher Whiskey.

Kosher law mandates that whiskey should not be owned or consumed by Jews during Passover. In 2012 the cRc oversaw the sale of new American Oak Kosher barrels in a contract of sale to a non-Jewish executive, Buffalo Trace Distillery President Mark Brown, where they were filled with whiskey and put away in specially marked “Kosher whiskey” barrels to age.

Like last year’s release, the whiskey is available in three styles, Kosher Rye Recipe Bourbon; Kosher Wheat Recipe Bourbon; and Kosher Straight Rye Whiskey. Passover ended this year on April 4, and the whiskey will be released to distributors after bottling later this month to sell before Passover begins again in 2022.