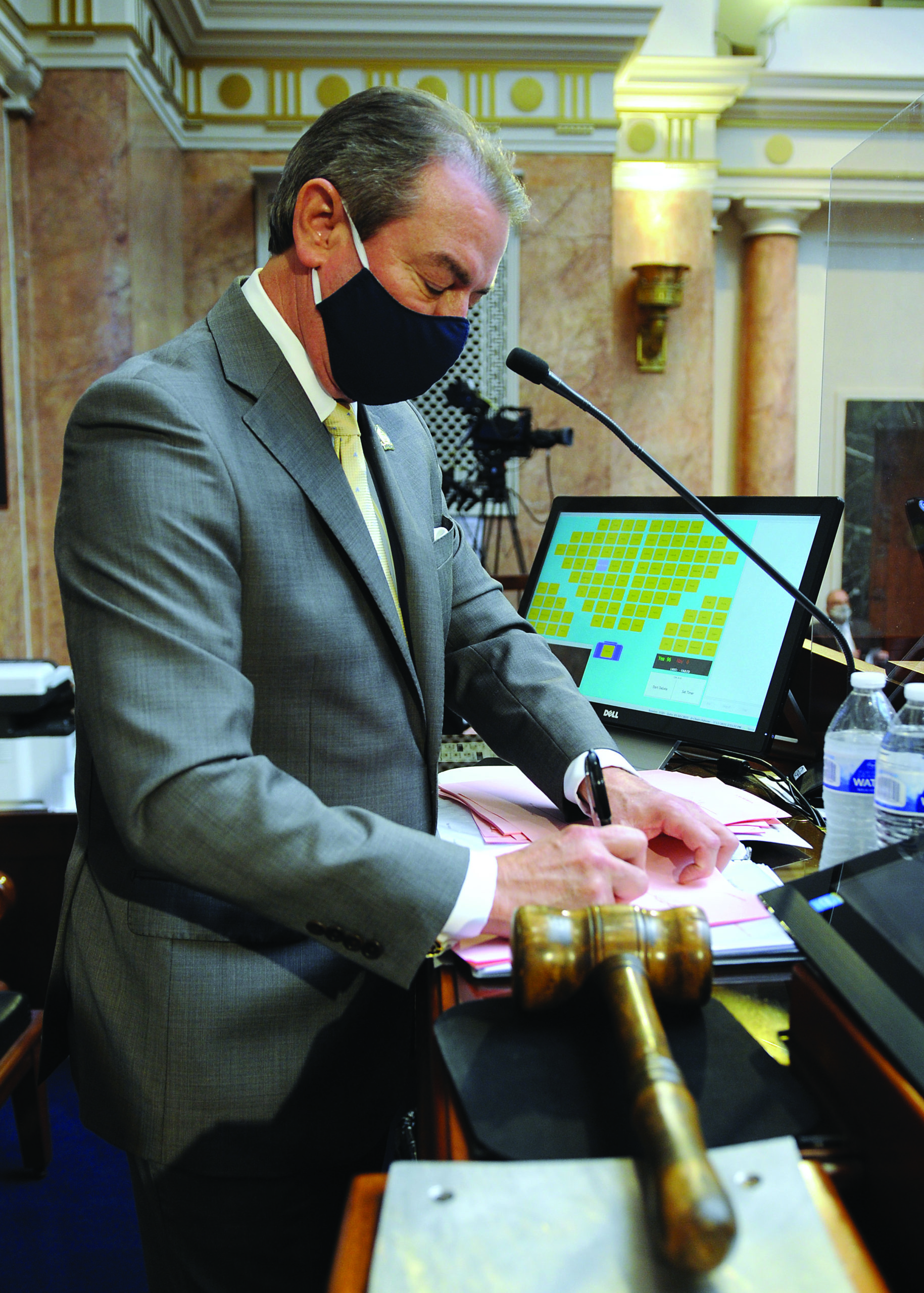 Facing continuing COVID questions with a myriad of financial aspects, the short session of the Kentucky General Assembly was long on action for every sector of the state’s economy and included a wide scope of issue considerations.

What began with the overarching priority of completing a one-year tax and spending plan ended up with numerous active topics, many of them difficult, tedious and emotionally charged.

Decision dynamics were vastly different given the absence of droves of advocates in hallways of the Capital Annex. Normally packed committee rooms were eerily empty, save for a handful of those invited and cleared to testify in person. Most input was virtual—email, calls, Zooms, FaceTime or a lucky run-in around Frankfort.

Lobbyists, association leaders, the press and lawmakers themselves thrive on face-to-face discussion. But that wasn’t possible this time. The priority of safely conducting the process kept all visitors limited: no school-bus loads, no citizen activists, no groups for any cause; no doctors, nurses, bankers, or teachers roamed the halls or spilled out of offices.

Getting schools back to some degree of normalcy was argued and addressed. The General Assembly ultimately decided that all Kentucky schools must offer some in-class learning through April and May. The hybrid system approved in House Bill 208 requires that all students be at school on-site for at least two days a week, with the balance being remote.

The state’s aged, troubled unemployment insurance system has been the subject of major attention for delays in payments and related problems. The Senate President Pro Tem David Givens (R-Greensburg) led the effort for reform. Senate Bill 7 is the catchall unemployment legislation, dealing with system implementation all the way to fraud and misuse investigations.

Those who received overpayments in 2020 are not required to make repayment. The steps to verify eligibility are now more numerous, a new safeguard. Likewise, the state attorney general now has access to investigate fraud, a serious nationwide result of the pandemic.

Cocktails-to-go, made possible last year by executive order, is now a permanent fixture due to Senate Bill 67. Sponsored by Sen. John Schickel (R-Union), the new law gives a boost to the bar-restaurant-hospitality industry that has been rocked by COVID consequences.
Similarly, homebound wine lovers have cause for celebration. House Bill 415, led by Rep. Adam Koenig (R-Erlanger), fixes a flaw in last year’s landmark direct-to-consumer shipping law that made way for bourbon shipping, a key move. It failed to fully open wine shipments from California and New York, now made possible.

Hoping to help Kentucky’s burgeoning craft brewery businesses, Sen. Julie Raque Adams (R-Louisville) championed Senate Bill 15, a move that allows microbrewers to sell and deliver limited quantities of their products to any retailer. The craft beer industry has taken flight in Kentucky over the last decade, but suffered major setbacks due to COVID and strict regulations.

Horse racing, another signature industry, received significant attention at the start of the session. Senate Bill 120 codified historical horse racing (HHR) into Kentucky statute. The legislation was a direct response to the state Supreme Court’s ruling last year that some of the “slot-like” machines did not qualify as “pari-mutuel wagering,” the gambling form traditionally used for betting on horse races.

Sen. Schickel, Senate Majority Floor Leader Damon Thayer (R-Georgetown) and Rep. Matt Koch (R-Paris) battled against opposing forces–mostly organizations and individuals morally opposed to gaming. They, along with other industry players, cited the 100,000 jobs associated with the sector as well as the role HHR has played in elevating Kentucky’s racing status across the country.

In the wake of racial conflict and strife over the death of Breonna Taylor at the hands of Louisville Police last year, Sen. Givens also won approval for Senate Bill 10. The legislation establishes a commission to analyze and issue a yearly report on the racial disparities in education, health care, economic opportunity and the criminal justice sector.

Senate Bill 4, introduced by President Robert Stivers (R-Manchester), is another strong response to racial tensions and the call for police accountability. The bill bans no-knock warrants and police raids, except in extreme cases. Law enforcement officials and civil liberty advocates on both the right and left have praised and endorsed the measure.

Telehealth, in many ways a novelty in health care that was accelerated by the pandemic, came full circle. Rules had been relaxed to pave the way for greater use. Rep. Deanna Frazier (R-Richmond) codified this into law, making virtual care permanent. Telemedicine has been lauded as a “silver lining” to COVID, making for strong House and Senate backing.

Through all these moving pieces and fiery debates, the budget still loomed large. Led by House Budget Chair Jason Petrie (R-Elkton) and Senate counterpart Chris McDaniel (R-Taylor Mill), the General Assembly passed what is largely a continuation budget from the previous year. GOP leaders consistently cited the need for additional savings and financial prudence fueled by the unknowns of the ongoing pandemic.

Even still, broadband got a major bump in the budget. The need for better internet connectivity was top of mind for every legislator, Democrat and Republican. But just as House and Senate leadership debated the amount of money to spend on better broadband, they were thrown a huge curveball.

In the same week the legislature was wrapping up the budget, Congress passed the American Rescue Act. The major spending package will give Kentucky $2.4 billion and change to spend on relief associated with the pandemic. But upon the announcement, the specifics for spending were not yet determined.

The legislature responded to the uncertainty by adding language that would give them input in how the funds are appropriated. Doing this may mean that Gov. Beshear will have to call members into a special session in the near future, something he has already hinted at doing.
And just like that, 2021 produces more new questions and hard decisions.

Lifestyle: The First Saturday in May
The HR Manager: Protecting Your Workforce