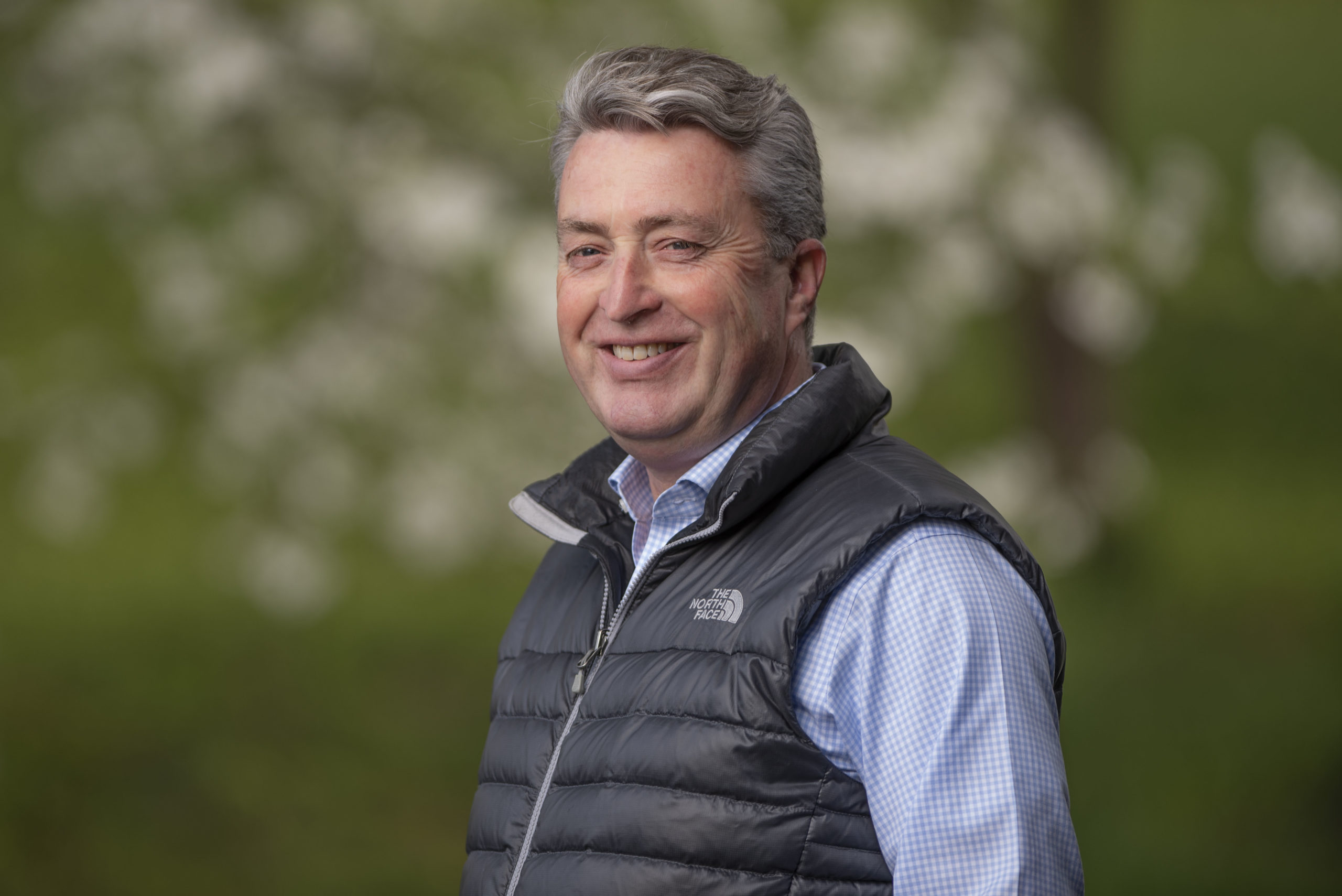 LEXINGTON, Ky. – Keeneland today announced internationally respected bloodstock adviser and consignor Tony Lacy will join the company as vice president of sales. Longtime Director of Sales Operations Geoffrey Russell will retire from his full-time position after 25 years with Keeneland, but will remain in a consulting role through 2021.

“Tony possesses a well-rounded knowledge of the Thoroughbred industry, bolstered by valuable insight and a unique skill set gained from having worked on the ground in the U.S., Europe and the Middle East,” Keeneland President and CEO Shannon Arvin said. “He is an established presence globally and connects to a vast network of owners, trainers, consignors and buyers. We are excited to welcome Tony to Keeneland, and look forward to his leadership as we prepare for the future.”

Lacy brings a depth of racing and sales experience to his new position with Keeneland. In 2001, Lacy, along with Kerry Cauthen, helped establish Four Star Sales, eventually becoming a partner and developing the company into a leading North American consignor with a diverse client portfolio.

Since 2008, he has been the North American representative for the French Thoroughbred sales company Arqana. In that capacity, he has been involved in all aspects of the sales company, including the innovation of Arqana Online, and development of Arqana’s brand in the U.S. via marketing strategies and promotions in various mediums and actions.

“I am extremely honored to be named Vice President of Sales for Keeneland,” Lacy said. “Keeneland is a pillar of the global horse industry, and I have a high level of respect for Shannon, the team she is building and her vision for the future. I believe my background as a consignor and bloodstock adviser will allow me to understand the needs of our sales participants, continue to build on the best of our traditions and pursue innovations that will keep the company dynamic in a changing environment. Keeneland is an iconic brand, and we remain committed to protecting and growing its premier operations for the future health of the industry as a whole.”

A fourth-generation horseman, Lacy began his career in his native Ireland as an assistant trainer to his father, T. F. “Tom” Lacy, a steeplechase jockey who came within a length of defeating the legendary Arkle in the 1964 Irish Grand National. Tony Lacy was a successful amateur jockey in Ireland for 11 years, competing on the flat and over the jumps against such riders as Aidan O’Brien and Willie Mullins.

Lacy further honed his racing expertise in Chantilly with trainers Emmanuel Chevalier Du Fau and Henri-Alex Pantall and was an assistant trainer for the Al Maktoum family with Erwan Charpy in Dubai. He gained valuable experience in U.S. sales and breeding through his work for the Greely family’s Wintergreen Farm and while overseeing sales horses for noted 2-year-olds in training consignor Jerry Bailey in Ocala.

Throughout his career, Lacy has advised and managed a number of racing and breeding programs, purchasing such group stakes winners as Pista and Nasheej for clients at Keeneland. He most recently helped develop owner Scott Heider’s boutique program into a dynamic stable in the U.S. and Europe. Heider bred recent Stonestreet Lexington (G3) winner King Fury and has campaigned such graded/group winners as Mia Mischief, Thoughtfully and Crossfirehurricane.

Reflecting his international background, Lacy has counseled and represented Emirates Racing and the Dubai World Cup in the U.S. He also advised the French Thoroughbred industry’s marketing arm, the French Breeding and Racing Committee (FRBC), as well as France Galop (French Jockey Club).

Lacy is the incoming president of the Thoroughbred Club of America and will be the first foreign-born president in the organization’s 89-year history. He also serves on the Board of New Vocations.

He will serve as a consultant to the Keeneland sales team through 2021.

“I have never met anyone more devoted to Keeneland or Thoroughbred racing than Geoffrey Russell,” Arvin said. “Keeneland sales achieved new heights globally under his watch, and he indelibly shaped the future of sales operations domestically and abroad through his years of leadership and service. I am grateful to Geoffrey for his integrity, his tireless work ethic and his dedication to Keeneland.”

Russell’s friendship with Arvin began while she was Keeneland’s counsel with Stoll Keenon Ogden and they worked together on Conditions of Sales and legal issues.

“It has been a great honor and privilege to work at Keeneland,” Russell said. “I appreciate all the opportunities that Keeneland has given me over my 25 years here. I never thought I would work at Keeneland – and never as director of sales nor being the longest-tenured one.

“With Shannon at the helm — and I firmly believe she is the right person to lead Keeneland — I feel that this is a good time for a transition as Keeneland looks to the next 20 years,” he said. “Keeneland is putting the right people in place for the future, and the appointment of Tony as vice president of sales is an example of that foresight. Tony is a trusted and respected horseman, well-liked by his peers, who has conducted his racing and bloodstock career with quality and integrity. I am confident in Tony’s leadership and look forward to the exciting future of Keeneland sales.”

After obtaining a marketing degree from the College of Marketing and Design in Dublin, Russell gained early experience in the Thoroughbred industry in Ireland at Coolmore Stud and as a bid spotter at Goffs sales company. He came to the U.S. in 1982 on a summer internship at Fasig-Tipton Sales, but never expected to stay. Following a stint at Elmendorf Farm, Russell returned to Fasig-Tipton as vice president of Fasig-Tipton appraisals and director of sales administration.

Russell joined Keeneland in 1996 as assistant director of sales to Rogers Beasley. In June 2001, he was promoted to director of dales when Beasley became Keeneland’s director of racing. Russell was named to the newly created position of director of Sales Operations in September 2016.

During Russell’s tenure as director of sales/director of sales operations, Keeneland sales experienced great heights, such as selling future Hall of Famer Ashado for $9 million as a broodmare prospect at the 2005 November Breeding Stock Sale. Russell helped navigate Keeneland through a number of external challenges caused by significant industry and world events such as 9/11, mare reproductive loss syndrome, an economic recession and the COVID-19 pandemic.

Russell’s service to the Thoroughbred sales industry includes two terms as Chairman of the Society of International Thoroughbred Auctioneers (SITA), and he has been Keeneland’s representative on the North American International Catalogue Standards Committee (ICSC). He also serves on the board of the Grayson-Jockey Club Research Foundation.

For his accomplishments in the Thoroughbred industry, the Irish Thoroughbred Breeders’ Association (ITBA) honored Russell with its 2016 Wild Geese Award. ITBA Chairman Stephen Collins said the award acknowledges “one of our own who has flown the Irish flag with pride on an international stage.”