By Bob and Julie Babbage 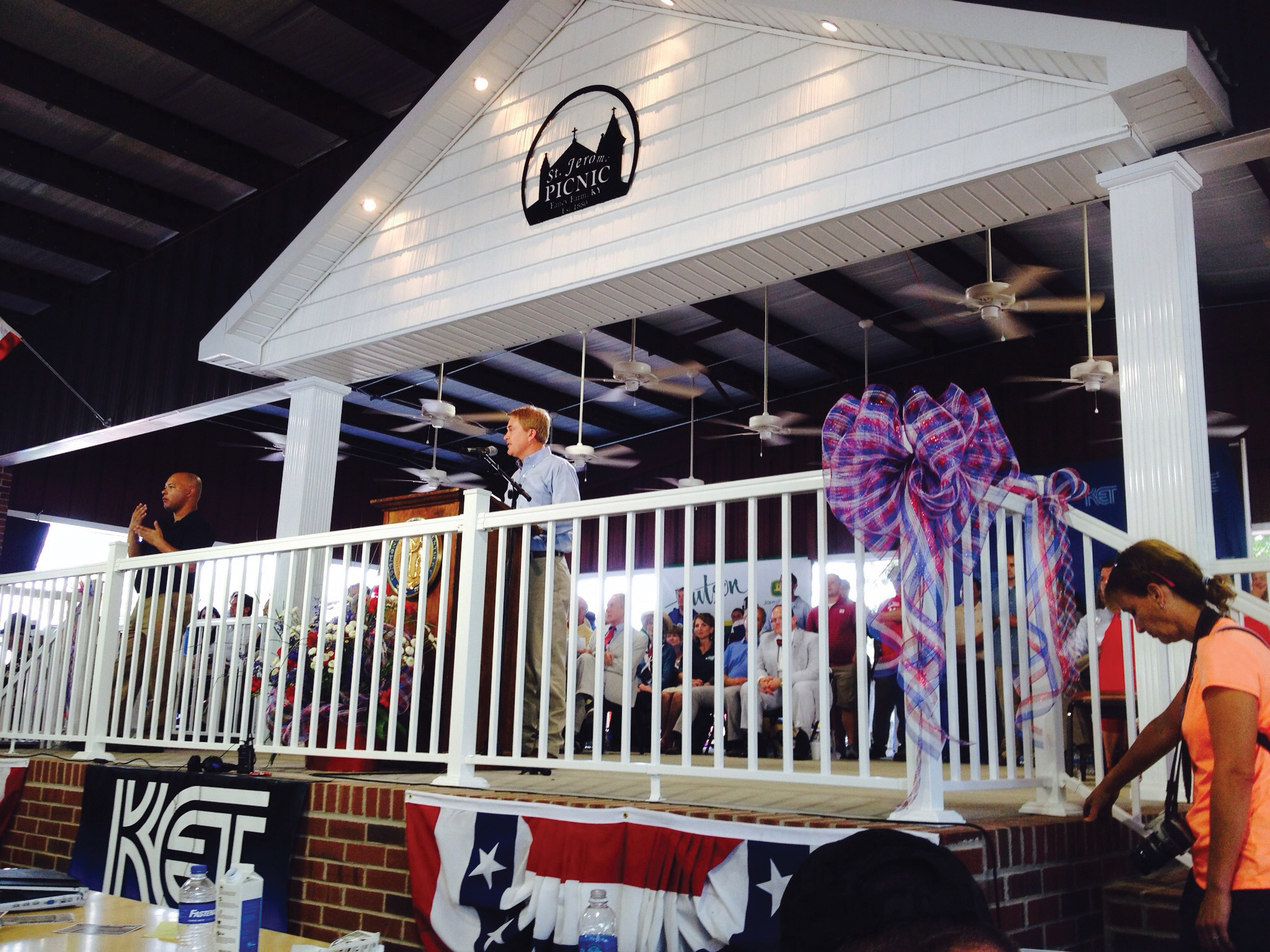 It might be the best bargain in politics. It’s certainly the most talked about date on the Kentucky political calendar.

For those unfamiliar with this annual state tradition, one that consistently receives national attention, let us paint a picture for you.

Imagine the sight of a superb barbecue picnic combined with a massive reunion of all the political families in the state, friend and foe, red and blue. The top folks in office are all given a chance to rile up the crowd and level jab after jab on each other.

What is this lively event dubbed the “Super Bowl” of Kentucky politics?

The answer: Fancy Farm. The homey but packed gathering both bakes and takes the cake for a bucket-list experience. It’s guaranteed to be hot—both the weather and the rhetoric. Not to mention the bingo.

Deep in Western Kentucky some 270 miles from Frankfort and 440 from Pikeville is the bucolic farm community of Fancy Farm, home to the historic St. Jerome Catholic Church. Back in 1880, these good Catholics started a tradition to span the centuries. A small fortune is raised for the Catholic parish school.

As tradition dictates, the 141st edition will take place on the first Saturday in August, the 7th. Last year was greatly reduced and socially distanced; political speeches were altogether canceled.

With an extra year to create barbs to go with the barbecue, this year’s panel will be one to watch.

Rare is the chance for U.S. Senate Republican Leader Mitch McConnell to sit a few seats from Gov. Andy Beshear with Congressman James Comer close by—and possibly U.S. Senator Rand Paul, who is up for a third term in 2022.

Come 2023, each could be on the ballot. Quarles, Ball and Harmon are termed out, having high potential for seeking other offices.

The adage that “it’s always about the next election” comes home to roost. A mayor from many miles east, or a state legislator from the northern regions would spark the candidacy speculation. Most come just for the iconic scene, plus a little drama.

A gaggle of reporters and photographers will seek out the faces of the future.

Fancy Farm is required attendance for the political class. Even though there are no elections in 2021, the grounds are filled with decision-makers. Handshakes are ongoing. Heckling from the opposition is a constant.

Our ancestor, Keen Johnson, served as governor during 1939-43. Fancy Farm records show he spoke there.

Gov. A.B. “Happy” Chandler popularized the political stump speaking, back when speakers actually mounted a tree stump to be better seen.
Mitch McConnell first came in 1984 as an “underdog” county judge-executive, ahead of his upset win to become a U.S. senator that November. Former Gov. Steve Beshear was a regular throughout his long elected career.

Paducah banker Steve Elder chairs the event, which was deemed the World’s Largest Picnic by the “Guinness Book of World Records” back in 1982. The consumption of 15,000 pounds of mutton was the deciding factor.

“There is much to enjoy at Fancy Farm, but the political speaking is the big draw, a show carried live on KET. Our rules of debate assure a fair forum,” Elder said, “with a strong helping of humor and maybe a dash of spirited oratory.”

The HR Manager: Returning to the Workplace
Insurance and Investments: Why You Should Insure Your Top Employees