The current racing season will feature crowds in the stands and record purses as the Thoroughbred industry emerges from the COVID-19 pandemic with renewed vitality and an expanded fan base.

Last year when the country was in the throes of the pandemic and grandstands were empty, horse tracks were able to adapt to new models to keep revenue streams flowing. While most major league sports were still finding their bearings, Thoroughbred tracks filled the void with expanded TV coverage and innovative online wagering.

Even without fans in attendance, horsemen were able to maintain their racing operations because they were able to continue to compete for purses, according to Alex Waldrop, president and CEO of the Lexington-based National Thoroughbred Racing Association (NTRA).

“In some respects, the industry actually prospered in spite of the lack of fans because of the ability of bettors to watch from home and wager on Kentucky races online,” Waldrop said. “This resulted in record handle growth for the industry’s major account wagering platforms like TVG, Twin Spires, Xpressbet and NYRAA Bets as well as Keeneland’s own platform, Keeneland Select.”

The newfound momentum is not limited to the track side, as Thoroughbred sales agencies were also quick to pivot and enjoy the surge.
“People are itching to buy horses again,” said Anna Seitz Ciannello, client development and public relations manager at Fasig-Tipton, speaking during the 2021 July sale in Lexington.

“Last year because of COVID restrictions, we had to make the difficult decision to cancel the July sale in Lexington as well as our Saratoga yearling sales. The decisions were stressful from sale to sale, realizing that people’s livelihoods were at state.”

To bridge the sales gap, Fasig-Tipton came up with a one-time sale last fall.

“We got creative with everyone thinking outside the box and added a September showcase sale to replace the two sales that we had to cancel,” Ciannello said. “We worked with Keeneland on the (safety) protocols, getting temperatures checked and following all the rules and regulations, since their big sale was right after ours.”

The pandemic also nudged technology along during that Fasig-Tipton September showcase sale.

“We had talked about doing online bidding for a long time, but COVID forced us to make it happen, and it’s been great for buyers,” Ciannello said. “It’s absolutely something that we will continue.”

Results of the July sale in Lexington exceeded expectations.

“It was very exciting to watch, and sales were very strong,” Ciannello said. “Our average sale price was up, and our gross was more than last year. People are ready to run horses in the summer and really want racehorses right now.”

“Comparing numbers to 2018 and 2019, it was stronger,” Ciannello said. “We broke our own records for the July yearling sale. I think everyone’s going to have a lot of optimism for the yearling sales this year.”

HHR funds better customer experience
In recent years, revenues from historical horse racing (HHR) machines have been a shot in the arm for the state’s Thoroughbred industry. During COVID-19, HHR was even more of a sustaining factor, because the online and offtrack revenue does not depend on crowds in grandstands.

Kentucky Downs created the blueprint for HHR in Kentucky. Located on the Tennessee border in Franklin, the track made the foray into HHR in 2011, boosting the track’s purse sizes and attracting larger fields. Today the track enjoys the highest purses in North America.
“Since Kentucky Downs first achieved eight figures in total wagering for a live meet in 2013, we have set a record every year,” said Ted Nicholson, Kentucky Downs vice president for racing. “Based on past performances, you’d have to think we’ve got a chance to top $60 million this year. We’ve gone from being a quirky track thought of as a novelty into an industry leader.”

“We’re going to have a substantial presence every day on the TVG network, and that really helps boost wagering,” Nicholson said. “Also, the experience post-COVID has been that people are craving being at live events and people are interested in betting horses. Though the vast majority of our betting is off-track and through online wagering accounts, we anticipate a strong on-track presence that will help incrementally.”

For many owners and trainers, winning one of Kentucky Downs’ six-figure purses can make their entire month. To illustrate the ecosystem between Kentucky racing and horse sales, Nicholson says he regularly hears owners say after a win that they now have money to go to the sales.

Like other tracks in the state, Kentucky Downs has been in a constant state of expansion and renovation. Last year’s opening of The Mint Gaming Hall extension doubled the size of its venue. The facility exudes a sports-bar atmosphere with a new café and steakhouse that is slated to open before this year’s meet.

Construction on a hotel has begun and infrastructure improvements like improved Wi-Fi are in the works.

“We spent a lot of money renovating two-thirds of our turf racecourse and making improvements in the barn area,” Nicholson said. “We also tripled the size of our King of the Turf Handicapping Challenge to allow more horseplayers to earn a seat at the National Horseplayers Championship and the Breeders’ Cup Betting Challenge. We also purchased a portable high-end structure and are turning that into our VIP Chalet.”

Meanwhile, partnerships are evolving among Kentucky’s racetrack owners. More than $17 million generated by Kentucky Downs in the last six years has gone to funding purses at Ellis Park in Henderson through an arrangement with the Kentucky Horsemen’s Benevolent and Protective Association. Kentucky Downs has also partnered with Keeneland on a new harness racing track in Corbin.

“Kentucky’s horse people, men and women alike, are very resilient by nature, but the governor made it possible to keep the racetracks open,” Guilfoil said. “When a lot of things in the world like outdoor sports were shut down due to COVID, the governor listened to the proposals from the racetracks and provided us with this opportunity to move forward.”

Horse racing picked up new fans through TV coverage when there was nothing else on but a cornhole tournament, according to Guilfoil.
“We’ve had the spotlight on us, and shame on us if we don’t capitalize on it. People that normally wouldn’t give us a look have found out that it’s an exciting sport,” he said.

“Kentucky is the place to be right now,” Guilfoil said. “The increase that we have in purses brings a better quality of horse, brings more horses and bigger fields. It just builds and builds.” 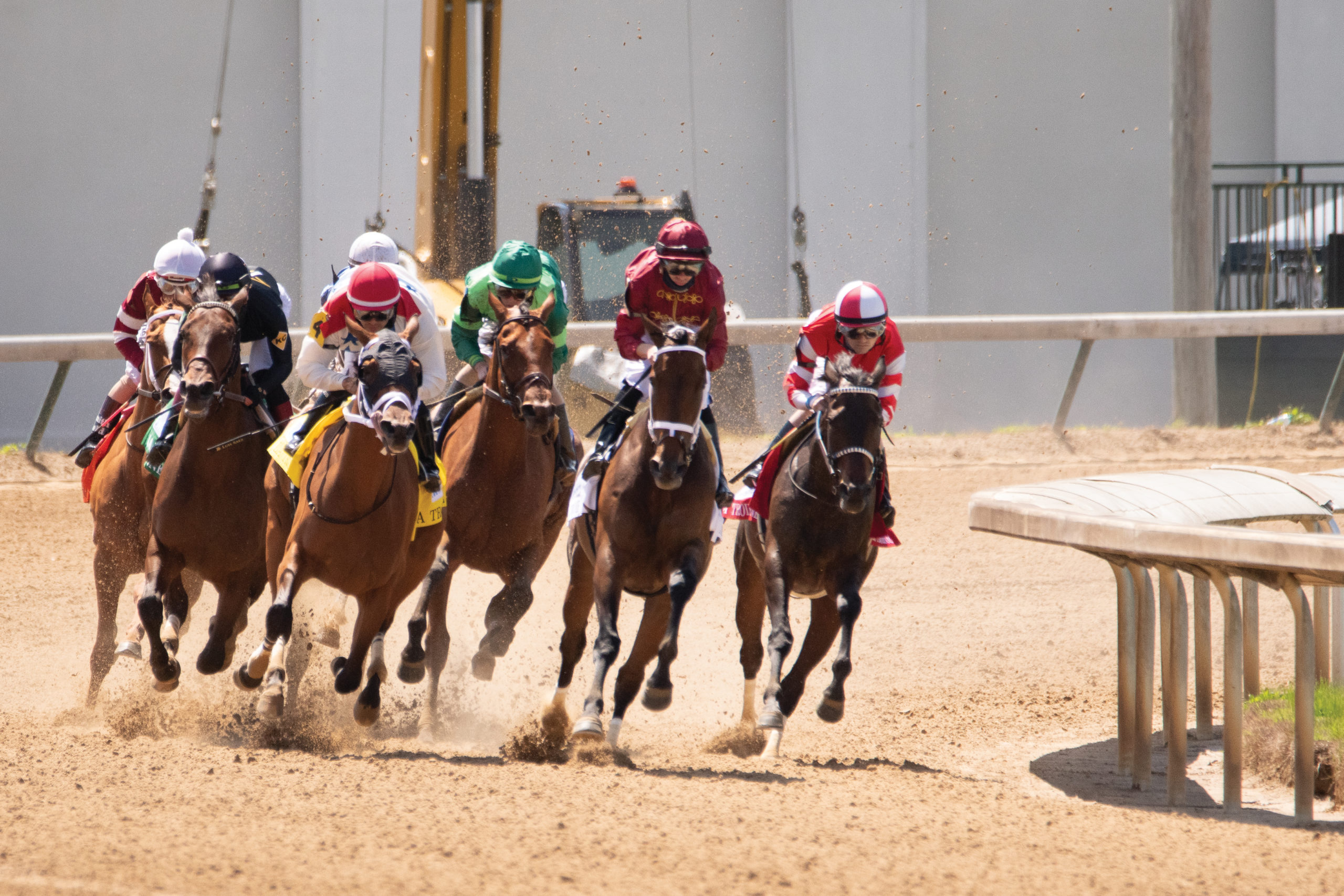 The amount of money that racetracks are investing in infrastructure has grown exponentially over the last couple of years according to Guilfoil.

“If you look at Churchill Downs, for example, they have invested some $50 million in Derby City Gaming, their off-site historical horse racing facility.”

Hoping to sustain the horse industry’s momentum, the National Thoroughbred Racing Association is spending a significant amount to market online horserace wagering. Its national advertising campaign, which was branded “Still. Running. Strong.” was launched in late May 2020 by the Breeder’s Cup, The Jockey Club, the NTRA and others.

“The campaign was developed to promote Thoroughbred racing during a unique moment in time for our nation,” NTRA’s Waldrop said.
The goal of the campaign was to increase awareness for horse racing and capitalize on the lack of other live sports programming and the unprecedented amount of live television exposure racing was receiving across NBC Sports and FOX Sports.

The ads, which encouraged sports bettors to try betting on racing, delivered more than 99 million impressions in the first five weeks of the campaign.

“What could have been a horrible year turned out to be okay, because we were able to regroup and come up with new ways to service our different markets,” said Fasig-Tipton’s Ciannello. “The industry came together and really helped each other out.” 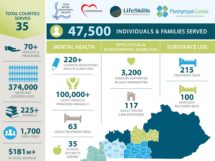 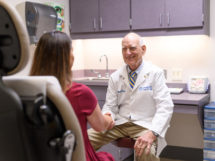