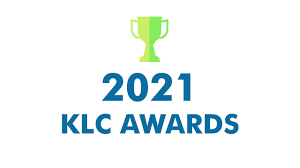 LEXINGTON, Ky. — The Kentucky League of Cities is proud to recognize the 2021 KLC Award winners. The yearly recognition highlights a City Employee of the Year, Elected City Official of the Year, and City Government of the Year.

An independent panel of judges from around the state selected this year’s winners, who spotlight creative and dynamic approaches city officials are taking in communities across the state.

This year the awards went to:

City Government of the Year

The KLC City Government of the Year Award recognizes a city that has elevated its community through quality governance or done something transformational for the city. This year’s winner, the City of Covington, achieved both by growing and prospering throughout the current pandemic.

“Covington was – and remains – determined to emerge from the pandemic not shell-shocked and shattered but able and ambitious,” responded Covington Mayor Joe Meyer. “Even while we took drastic steps in 2020 to help our people and our businesses survive, we also moved forward on projects that are changing the trajectory of The Cov’s future. We announced the creation of over 2,100 new jobs last year, we dramatically transformed our riverfront to increase its access and use, we completed a $3 million free public Wi-Fi project, and we continue to support the stunning rehab of historic buildings to accommodate new and expanding businesses, including a half-dozen regional headquarters. Being named KLC City Government of the Year is welcome recognition of our efforts and will inspire us to work even harder.”

Collins & Company, Inc sponsors the City Government of the Year award and will donate $1,000 to support a city program or project.

Elected City Official of the Year

Somerset voters elected Alan Keck to the office of mayor in November 2018. Since taking office, Mayor Keck has focused on improving the city through increased tourism, economic development, and community events.

“Serving and leading my hometown has been the honor of a lifetime,” Mayor Keck said. “Learning I was chosen as City Official of the Year from so many outstanding leaders across Kentucky is both humbling and exciting. It’s another reflection of the great progress we’ve made in Somerset. I may receive this honor as the leader of this community, but this award isn’t just about me. It’s about the team of people that have helped achieve a vision of a better Somerset — a supportive city council and an amazing city staff. This team is second to none. Their work and support are the reason we’ve been able to accomplish so much in such a short period of time, and for that, I am grateful.”

Chaney remarked on Mayor Keck’s innovative approach to city government. “He is not afraid to embrace new ideas and is a passionate advocate for his city and the entire region. We appreciate the contributions Mayor Keck has brought to KLC and the positive change he has brought to Somerset.”

Adams Law sponsors the Elected City Official of the Year award and will make a $1,000 donation to a local nonprofit of Mayor Keck’s choice.

City Employee of the Year

Derrick Blevins has served the City of Morehead for 17 years. He started his career in 2004 and worked his way up within the Morehead Police Department, serving as a patrol officer, patrol sergeant, special response team commander, lieutenant, and captain.  He was named police chief in 2016.

“Chief Blevins’ commitment to community, above all else, exemplifies his leadership and care for putting people first,” said Mayor Laura White-Brown. The nomination form for Chief Blevins stated he is “a person who leads with passion.”

Chief Blevins thanked the community for the support. “It’s an honor to receive such a prestigious award,” he remarked. “I have accomplished nothing alone and am surrounded by great people that work hard every day serving the citizens of Morehead.”

Freeman Mathis & Gary, LLP, sponsor the City Employee of the Year Award and will provide a $1,000 donation to the charity of Chief Blevins’ choice.

KLC will make formal presentations to all winners in their home cities.