Home » 108-acre industrial park planned for the City of Independence

INDEPENDENCE, Ky. — Construction is set to begin work on an industrial park that will include three state-of-the-art warehouses in the City of Independence, Kentucky. Park 536 is 108 acres and is located on the newly constructed four-lane KY 536. The three buildings will be 580,000 square feet, 306,000 square feet, and 252,000 square feet respectively.  VanTrust will start site and infrastructure work this summer and will go vertical with two buildings in the spring of 2022.

VanTrust worked closely with the City of Independence to prepare this site for development as a result of the infrastructure investments being made by Kenton County, the State, and the City. VanTrust will also begin work on a three-lane public roadway from a new roundabout on KY Route 536 into the park.

The highly anticipated road-widening for KY 536 is part of the Kentucky Transportation Cabinet’s KY 536 project, which is being largely funded by a federal BUILD grant aimed at improving access and enhancing future industrial use in the region by expanding the roadway to four lanes. 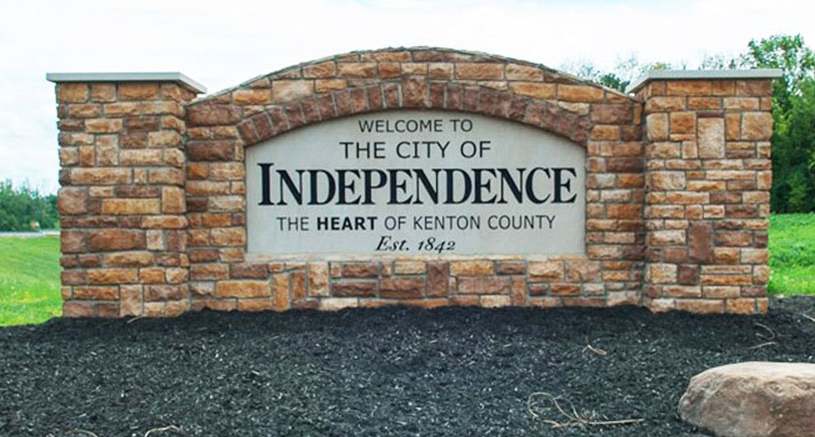 City of Independence Mayor Chris Reinersman echoed that sentiment. “This development will diversify our city’s tax revenue stream and bring hundreds of good jobs to our city and state. That’s a win-win for everyone,” he said.

“It’s good to see the City of Independence’s vision for this property come to fruition,” added Kenton County Judge/Executive Kris Knochelmann. “Kenton County is a great place to live and work, and we’re always excited about projects that enhance those qualities of our community.”

Park 536 is located less than two miles from the new I-75/I-71 interchange and near VanTrust’s last project in the area, a 675,000 square-foot building that was purchased by Kroger in 2017. In addition, the new development is less than five miles from the $1.5 billion Amazon Air hub at the Cincinnati/Northern Kentucky Airport (CVG). The hub has attracted other economic development to the region and makes VanTrust’s latest project an ideal location for companies that want to be closer to it.

The delivery of the first two buildings is slated for the first quarter of 2023. The project architect is Red Architect, while Pepper Construction will serve as general contractor. Viox and Viox is the civil engineer for the development.