The 2021 First Femina Fortis winner, for Henderson Chamber of Commerce, is Darlene Marshall-Ware.

The criteria for The Henderson Woman of the Year “Femina Fortis” include the following: nominee must be a woman residing or working in Henderson, KY, and must reflect the characteristics of risk-taking, initiative, dedication, and perseverance within the context of business intellect, and community service.

Darlene has a strategic mind and has helped guide the United Way as their programs have been modified and adapted to our changing times. She has started a nonprofit organization and many, many other selfless actions in the Henderson community. She is not there for the accolades but instead is often doing the yucky parts of projects no one else wants to do. 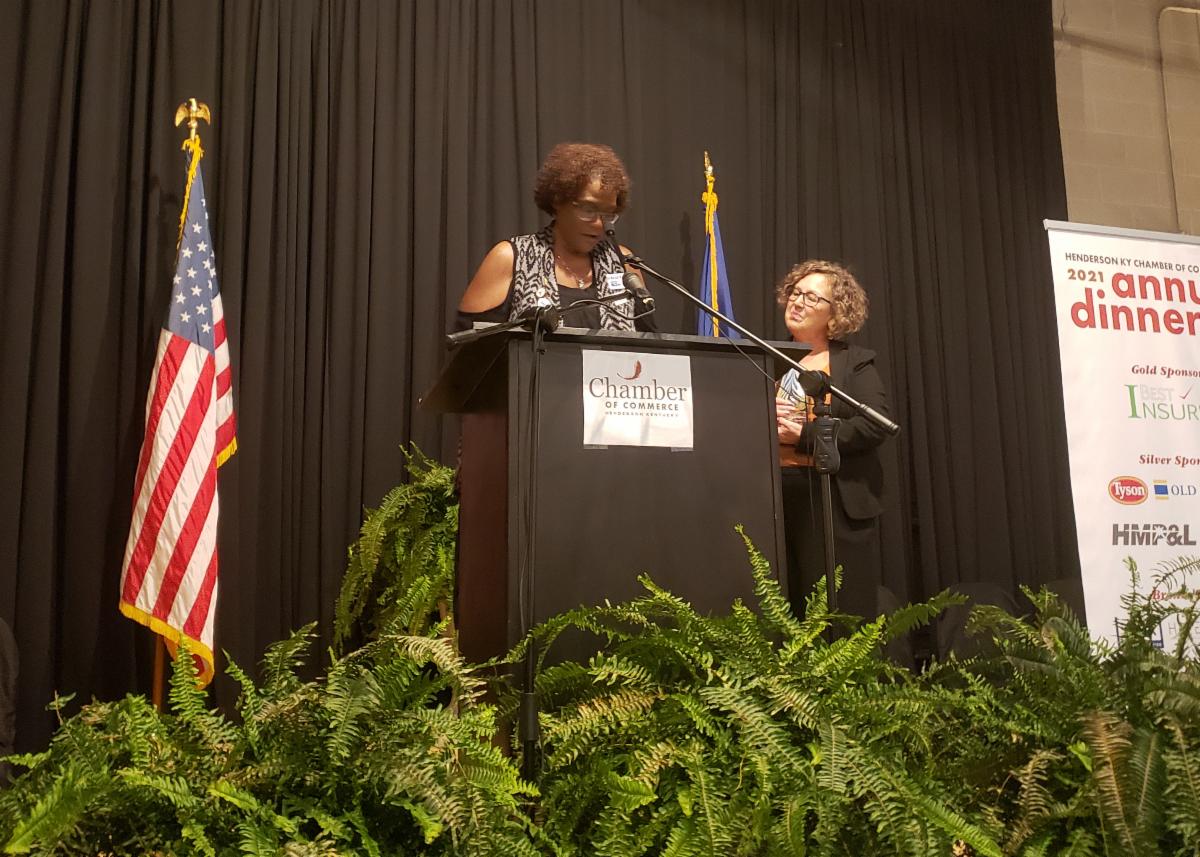 The 2021 annual Distinguished Citizen of the Year winner is Joel R. Hopper.

Few Countians have done more over 20 years to benefit our community than Joel. In his distinguished career at Brenntag, Joel helped secure the local facility’s position as North American headquarters, keeping hundreds of jobs here. Before retiring in 2016, he mentored many of Brenntag’s current leaders. 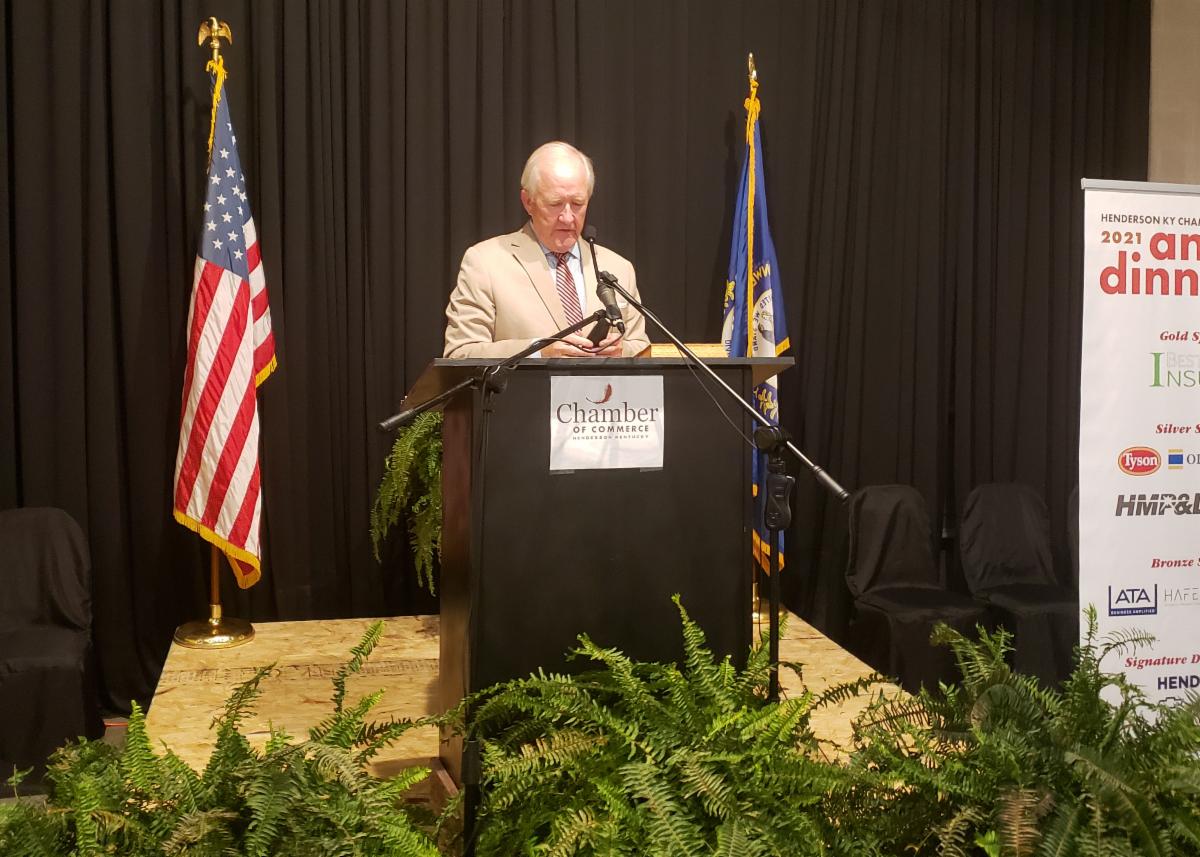 Awards were presented at the Henderson Chamber Annual Dinner on August 23, 2021.