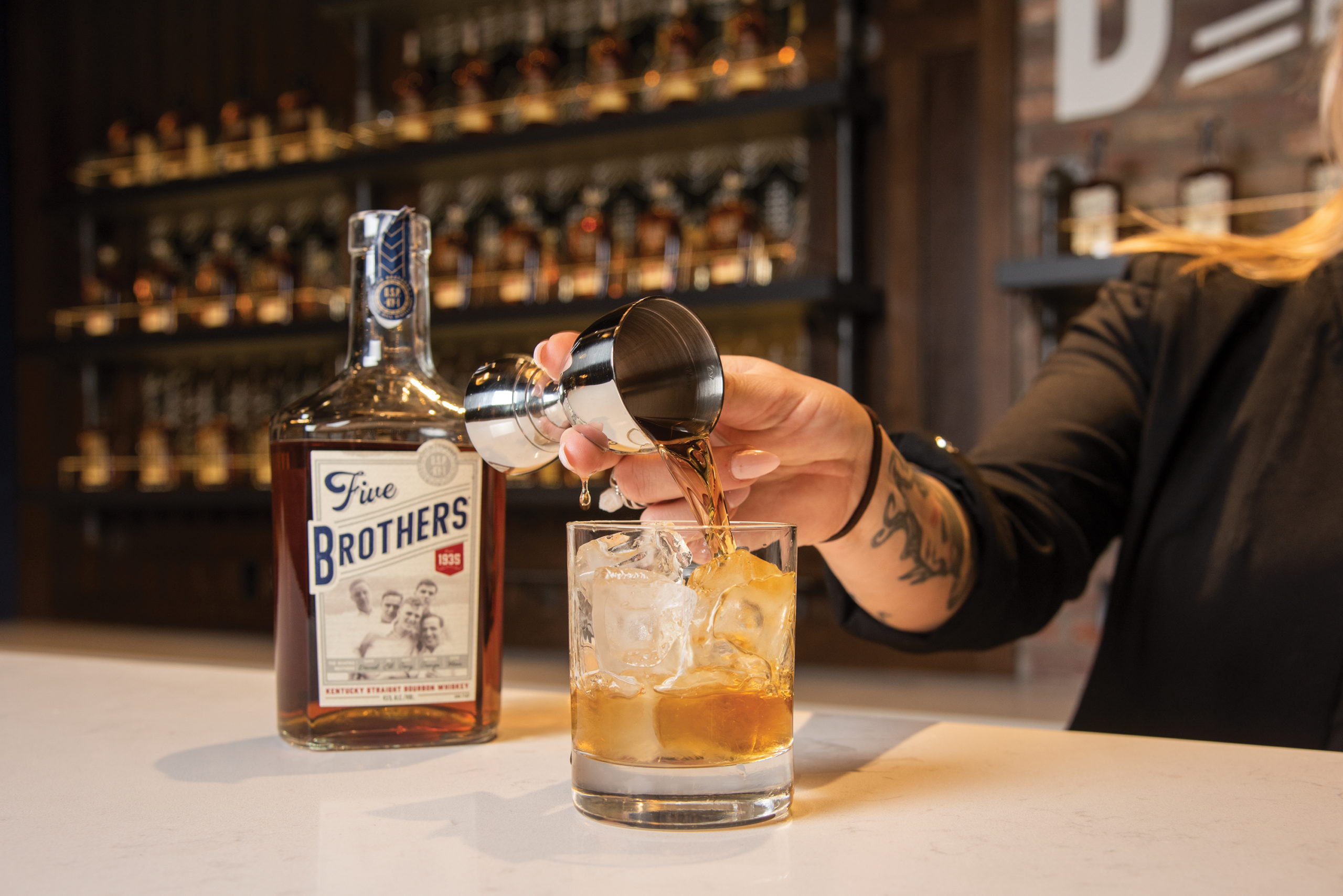 Like many kids raised in the state that claims the Bourbon Capital of the World —Bardstown—my childhood memories of Christmas include bourbon balls. My mother’s locally famous bourbon balls were made purely of chocolate, powdered sugar, butter and bourbon. And, according to Mom, that bourbon had to be “Old Heaven Hill.”

Nowadays, Heaven Hill Distillery is one of the largest independent, family-owned and operated producers and marketers of distilled spirits and the largest independent producer of bourbon in the country. Its 60-plus rickhouses (aging facilities) are set on six different sites across Bourbon Country and hold between 10,000 and 60,000 barrels. The story of how this came to be is the American Dream come true.

Company history
In the late 1800s, a Lithuanian immigrant packed up his family and an impressive entrepreneurial spirit to move to America. Settling in Kentucky, he started a successful business in New Haven, 15 minutes from Bardstown, and raised five sons. By 1933, interest in Kentucky bourbon production was returning post-prohibition and the Shapira brothers—Mose, George, Gary, David and Ed—invested in a new distillery, which they eventually purchased, even though they had no inventory, no warehousing and no brand.

What they did have was an investor with generational distillery experience, Joseph L. Beam. Joe Beam—Jim Beam’s first cousin—stayed on as master distiller, along with his youngest son, Harry. A legacy of Beam distillers managed the distillery operations until 2014. Conor O’Driscoll now serves as only the seventh master distiller at Heaven Hill. Heaven Hill Distillery’s award-winning portfolio of American whiskeys is a product of the attention to detail, consistent quality and interest in innovation that the late Master Distiller Emeritus Parker Beam instilled in the industry.

Originally founded as a bourbon distillery named “Old Heaven Hill Springs,” the company focused on its two flagship labels, Evan Williams and Elijah Craig. It has expanded its portfolio in the past 20 years to acquire brands or obtain import rights for gins, malt whiskey, vodkas and other spirits, but during a time when most distilleries are owned by a larger conglomerate holding company, a third generation of Shapiras has assured that Heaven Hill Distillery remains one of a very few in Kentucky that still operate by the “mom and pop” methods—albeit in more modern conditions—used when filling their first barrel in 1935.

The road to success has not been smooth. In November 1996, a storm sparked a fire that destroyed the original 1935 distillery, seven rickhouses and 90,000 barrels of bourbon. At the time, that amount represented 2% of the world’s supply. The loss was estimated at $30 million. Amazingly, the company was up and running the next day, thanks to the perseverance of now-President Max Shapira and industry competitors stepping up to help out and distill for them until Heaven Hill acquired the Bernheim Distillery.

“This is an unusual industry,” says Heaven Hill President Max Shapira. “When there are problems…we work together to solve them.”
Today, this outstanding spirits company continues to grow and educate visitors in two locations as a vital player in Kentucky’s flourishing bourbon industry.

Bardstown
In 2004, the Shapiras opened the Heaven Hill Bourbon Heritage Center on the old distillery grounds in Bardstown, offering guided tours and tastings. On June 14, 2021—National Bourbon Day—Gov. Andy Beshear and Max Shapira presided over a grand opening ceremony for a $19 million upgraded and expanded visitors’ center, which is now called the Heaven Hill Bourbon Experience. Part of more than $125 million invested in distillery expansions, warehouse construction and bourbon tourism over the past decade, the 30,000-s.f. interactive, educational space triples the previous footprint and has a 900-person capacity.

Guests can bottle their own bourbon, experience a day in the life of a bourbon technician and taste the new Five Brothers Small Batch Bourbon at Five Brothers Bar and Kitchen’s 25-foot bar, where the scenic rooftop overlooks Heaven Hill’s rickhouses.

Heaven Hill Bourbon’s Bernheim Distillery, located in downtown Louisville, is the company’s primary distillery and is the largest independent, family-owned bourbon distillery in the world. All styles and types of Heaven Hill’s American whiskey are made here—1,500 barrels a day—in its three, 70-foot column stills before being bottled in Bardstown. You can take an online 3D tour of the facility but no on-site tours are offered.

Heaven Hill Bourbon’s website includes a clear explanation of the bourbon-making process along with bourbon cocktail recipes.
To plan your own heavenly bourbon experience—including tastings, of course—check out heavenhilldistillery.com for the Heaven Hill Bourbon Experience (502-337-1000) in Bardstown and evanwilliams.com (502-584-2114) for the Evan Williams Bourbon Experience in Louisville.