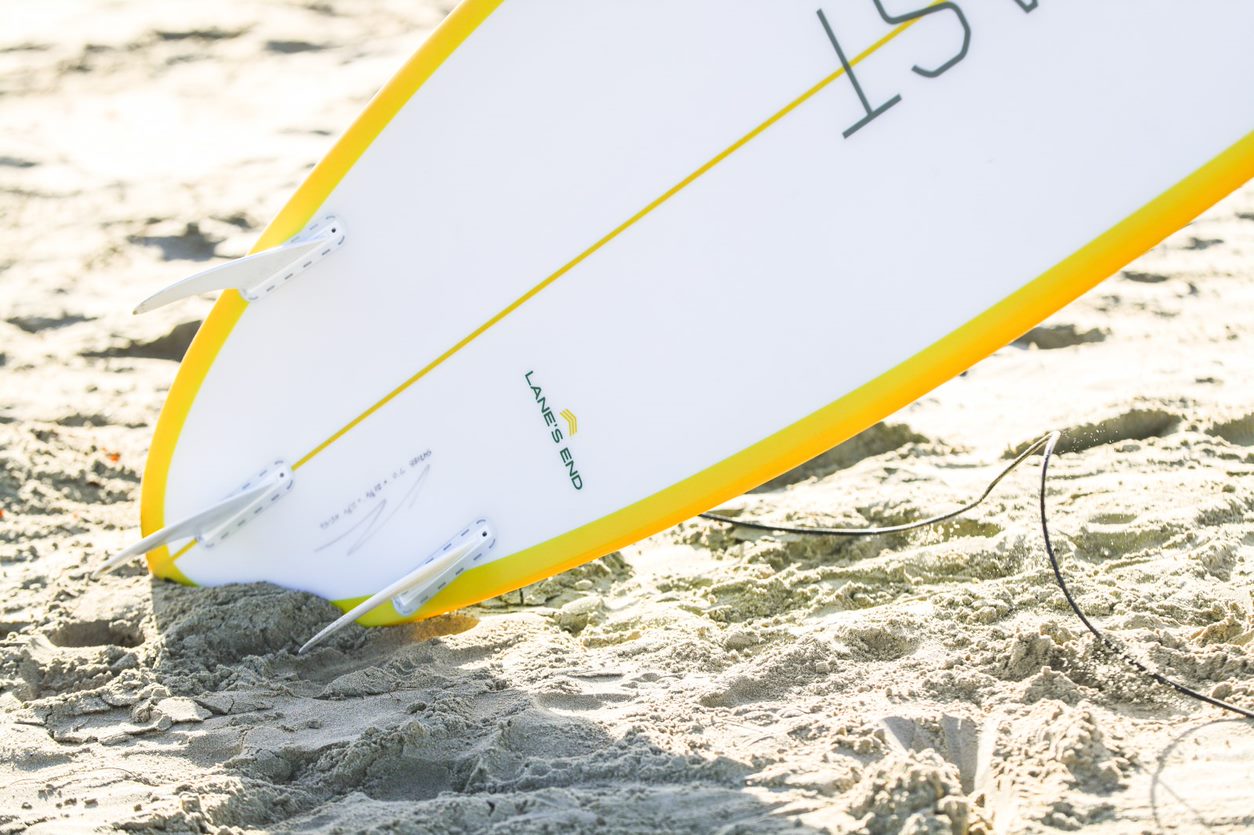 VERSAILLES, Ky.  — Lane’s End, one of the world’s premier Thoroughbred farms, is thinking beyond the bluegrass for this year’s Breeders’ Cup with a series of custom surfboards that’s equal parts California and Kentucky.

The unique boards will be on public display at Breeders’ Cup partner hotels in the Del Mar area—Hyatt Regency, Fairmont Grand, Lodge at Torrey Pines, and L’Auberge—as well as Del Mar Racetrack Nov. 3-6.

During this time, the boards will be sold to the highest bidders via live online auction, and 100% of proceeds will be donated to the Permanently Disabled Jockeys Fund, an independent charitable organization that provides financial assistance to jockeys who have suffered catastrophic on-track injuries.

“This cause has been one of the major focuses of my parents’ philanthropy,” said Bill Farish of Lane’s End Farm. “It’s been underfunded for a long time and it’s very important to us that we support the often forgotten jockeys who risk their lives for our entertainment and our business.” As part of the activation, TVG will air a segment filmed in Los Angeles featuring the custom Lane’s End surfboards and some of racing’s most respected jockeys. Mike Smith, Joe Bravo and Drayden Van Dyke will all receive a surfing lesson from Paul Naret of Chilli Surfboards.

Del Mar Racetrack is known around the world as the track “Where the Turf Meets the Surf.” What better way to pay homage to that slogan and the legacy of Lane’s End farm than with custom surfboards during the world championships of racing. Those interested in bidding on the Lane’s End custom surfboards benefitting the PDJF can do so at www.lanesend.com/auction