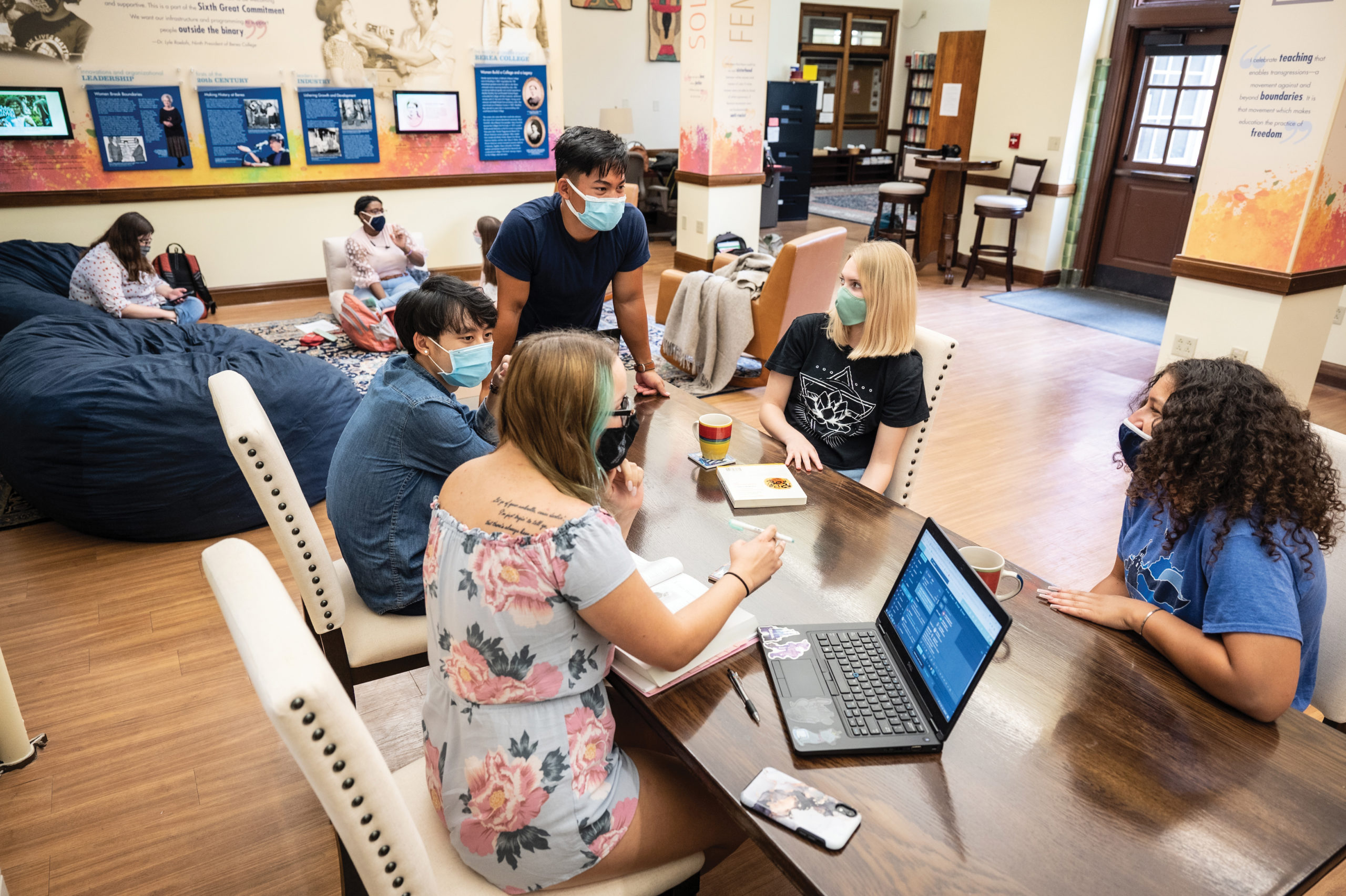 Colleges and university endowments across the United States posted their strongest annual return on investment in 35 years, according to recent data from the Wilshire Trust Universe Comparison Service that Bloomberg News reported.

The median return before fees was 27% in the 2021 fiscal year ending on June 30. By comparison, the median return was only 2.6% in fiscal 2020 and 6% in 2019. It appears Kentucky’s institutions of higher learning kept pace—and in some cases exceeded—the national figures while reaching historic heights.

Of course, when the stock market does well, endowments also do well. Last fiscal year, the market as measured by the S&P 500 increased about 40.8%, which Ken Reed, director of research and policy analysis at the National Association of College and University Business Officers, said is “astounding.”

“Especially coming out of challenging years, it is a big deal for schools from a balance-sheet strength perspective,” Jessica Wood, a credit analyst at the ratings agency S&P Global, told InsideHigherEd.com. “If over the next year we don’t see some dramatic swing in the opposite direction, it’s a very positive credit factor for institutions.”

Jeff Amburgey, vice president of finance at Berea College and a veteran of 27 years in the private school’s finance department, agrees with that sunny assessment—to a degree at least.

“Well, I wish we had three to four years like we had the past year,” Amburgey said. “I think the likelihood of that is almost zero. I think many, many people have been pleasantly surprised by how the financial markets have reacted. But what we don’t know is whether inflation”—the October measure was 6.2% over 12 months earlier, the largest increase in 30 years—“is a temporary thing or if it is really going to be baked in for us to deal with for a while. Experts really don’t know, but it’s hanging around longer than most people thought it would.

The challenge for any institution with financial assets similar to Berea, he said, is what those returns will be like in the future. Amburgey thinks it will be hard to get meaningful returns going forward, especially if inflation does continue.

“I’m optimistic, but we cannot expect these healthy investment returns to continue,” he said. “The likelihood that we’ll probably see a 10% correction is 100%. The correction is going to happen, we just don’t know when.”

Berea, a private liberal arts college with an enrollment of 1,600, is the gold standard for endowments in Kentucky, as it would be in most states. The school’s endowment is valued at a whopping $1.6 billion— nearly a 30% increase, or about $375 million, over the previous fiscal year.

The impact of the pandemic on fundraising was minimal, Amburgey said. After the value of the endowment dropped by $119 million in March and April, it had recovered by June and has increased almost steadily since then. However, giving remained relatively constant because most of the endowment funds come through bequests.

“March and April of 2020 were really scary,” Amburgey said. “I would drive home in the evenings thinking, ‘Is this really happening?’ I’ve been through the dot.com bubble in 2001 and the Great Recession in 2008, but those were a little slower. This one happened so quickly and it was deep. I try to forget about those numbers.” 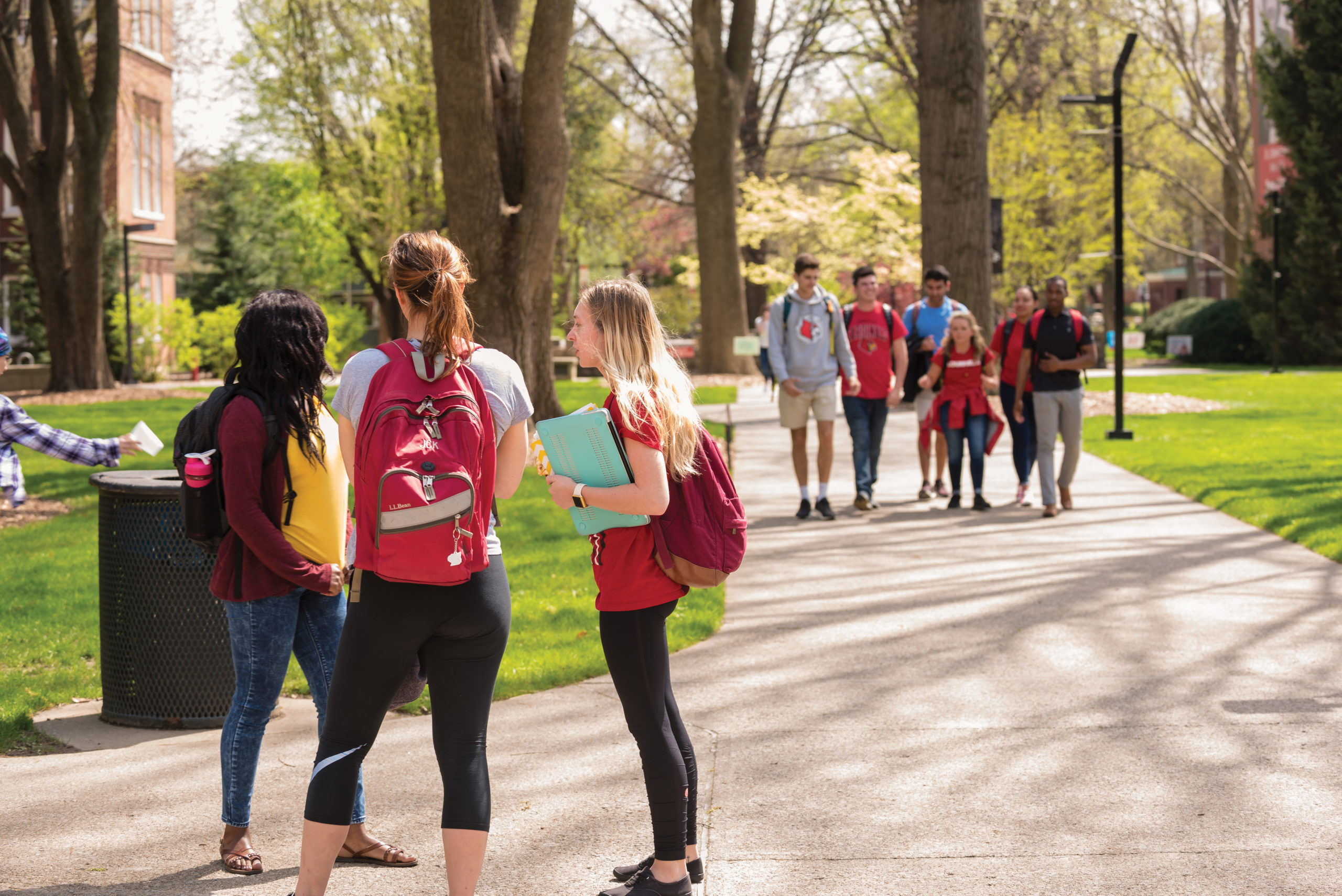 The endowment funds 75% of education expenses and general operating budget. Unlike most other colleges, Berea has accumulated its endowment wealth while offering four-year degrees to students tuition-free, a value of about $175,000 over four years. Forbes magazine named Berea one of only two free-tuition colleges in the nation in its “Colleges that Give You the Biggest Bang for Your Buck in 2021.” Citing a study of nearly 400 colleges in the United States, Berea College stood out in terms of affordability and academic quality. The Wall Street Journal/Times Higher Education listed Berea as “No. 1 Best Value” out of 250 schools (top among schools in Kentucky).

The seeds of Berea’s endowment growth were sewn 101 years ago when a committee of the board of trustees instituted a policy that required all unrestricted bequests to be invested, not spent.

“Our endowment would be about half the size if we hadn’t followed that policy,” Amburgey said.

At the University of Louisville, where the endowment fund is an arm of the UofL Foundation, the group’s executive director reported in its latest statement that assets have reached their highest value in history and said the foundation is poised to continue its positive momentum for the foreseeable future.

The foundation’s main endowment pool was valued at almost $785 million, while the value of its total endowment assets (some assets are managed separately) was $897 million. The combined value of ULF endowment assets and those of the UofL Real Estate Foundation was almost $1.3 billion, also a record.

Even more significantly, said Keith Sherman, foundation executive director and chief operating officer, all endowment accounts are now above water, meaning they are worth more than they were when initially established.

Sherman said in a news release by the school that the foundation’s success is vital to the university’s operations. The higher the value of its endowments, the more money it can provide annually to support student scholarships, endowed faculty salaries and funds for general operations. In fiscal year 2022, the foundation will provide the university with more than $50 million of support.

Planning, performance and discipline led to a recovery, which has taken several years of reforms, changes in management’s approach, establishment of a more conservative spending policy, rigorous compliance to ensure donor intentions are fulfilled and extraordinary investment performance, Sherman said. In addition, since 2018 ULF infused more than $24 million in cash from the sale of nonstrategic assets into the underwater accounts.

“The accomplishments made on behalf of our donors and the university were not simple fixes that could happen overnight,” he said, adding that the foundation is “in its strongest financial position in well over a decade.”

UofL also set a record of $201.5 million in the 2021 fiscal year to support groundbreaking research.

That funding, an increase of more than $30 million over the previous mark of a year earlier, supported work to address some of the biggest global problems of our time, including climate change and battling the COVID-19 pandemic.

In the past year, UofL researchers investigated innovative new treatments, led widespread community testing and developed new methods that could revolutionize how we track and contain future disease outbreaks.

“UofL is truly a research powerhouse, continuously blazing new trails and seeking answers to important questions,” UofL President Neeli Bendapudi said. “This record-breaking year for funding is proof of that fact, but it also shows our research and scholarship are a great investment—that UofL is a great place to invest.”

The latest available figures for the University of Kentucky, in a report to alumni and donors, show the school’s endowment reached $1.51 billion as of the end of the 2019-2020 fiscal year. The report said that figure is an aggregation of funds comprised of gifts from donors and grants, with the requirement that they be invested in perpetuity to generate a reliable and steadily growing revenue stream to support the mission of the university now and in the future.

The revenue stream supports scholarships, chairs, professorships and basic research, as well as academic and public service programs, as defined by the individual endowment agreements. The endowment is expected to provide fiscal stability since the principal is invested for long-term growth and total return spending distributions are generated year after year.

Centre College, founded in 1819 and currently with an enrollment of approximately 1,400 students, was one of the best-performing private or small schools in the nation over the past year. As of the end of the fiscal year on June 30, Centre’s endowment was valued at $422 million, following a 39.6% annual return on investments. The performance of Centre’s peer group was 28.5% during the same period. For the past five years, the average return was 14.8%.

In addition to investment performance, Centre Chief Financial Officer Brian Hutzley said the annual endowment figures reflect the net impact of fundraising and endowment payout, which contributes to the school’s annual operating budget. He added that Centre has been able to take advantage of the higher payout rate over the last several years to support critical investments that include expanded financial aid for students.

In April, Centre announced the largest-ever capital project in the college’s history, the $50 million initiative for Wellness and Athletic Excellence. Centre also recently approved a new business major, completed the renovation of the Austin E. Knowlton Center for Science and Mathematics in Olin Hall and launched a new student success center called the Centre Learning Commons.

“This year’s remarkable returns reflect not only strong underlying markets, but also the excellent work of our staff and the investment committee of the board (of trustees) over many years,” Centre President Milton C. Moreland said. “These resources will support the college’s current comprehensive strategic planning efforts, as well as increasing access and affordability for a wide array of students.”

Elsewhere in Kentucky, a total of 10 new endowed scholarships and an endowed maintenance fund have been established at Campbellsville University since fall 2019, thanks to the strong return on endowment investments.

Campbellsville University is a Christian university with more than 12,500 students offering over 100 programs of study including Ph.D., master, baccalaureate, associate, pre-professional and certification programs.

According to Vice President for Development Benji Kelly, Campbellsville University’s endow-ment in 1999 stood at approximately $2.5 million. In 2020, that number had risen to approximately $34 million. “We were able to raise $939,000 of new endowment dollars, and our endowment earned over 30%,” he said.

“That makes a huge difference for us, as we are able to go out and recruit students to come to Campbellsville University,” Kelly told an audience at an endowment scholarship appreciation luncheon this fall. “That’s what we’re about: helping young people get a great, Christian degree and go out and change the world.”